Jacinda and I spent an amazing week in Alberta, Canada wrapping up the manuscript for our Pretty Prudent Home book, hiking, eating, snuggling, and mushing. It was amazing. 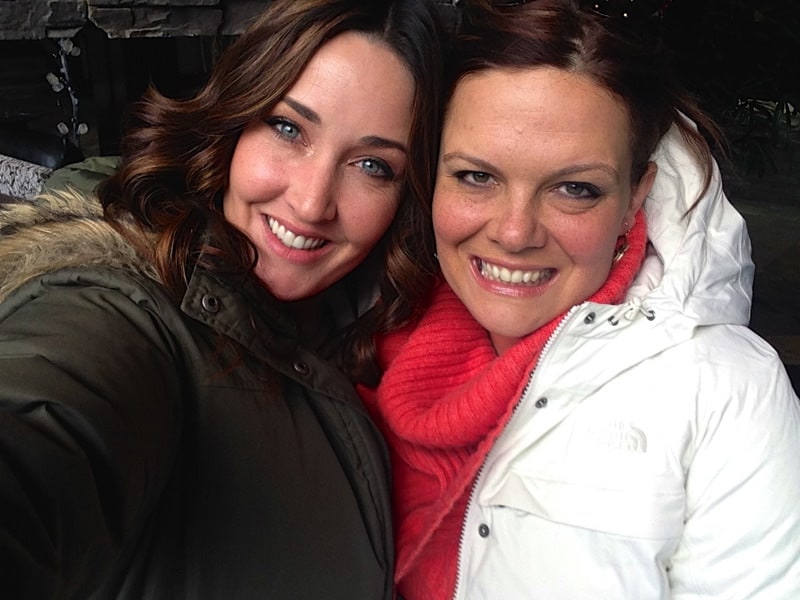 We rented a car and spent a few days in Calgary at the lovely Hotel Arts. We had our nails done at Sante Spa, and had an amazing meal at Cilantro, which has literally the most hilarious wine menu we have ever seen. 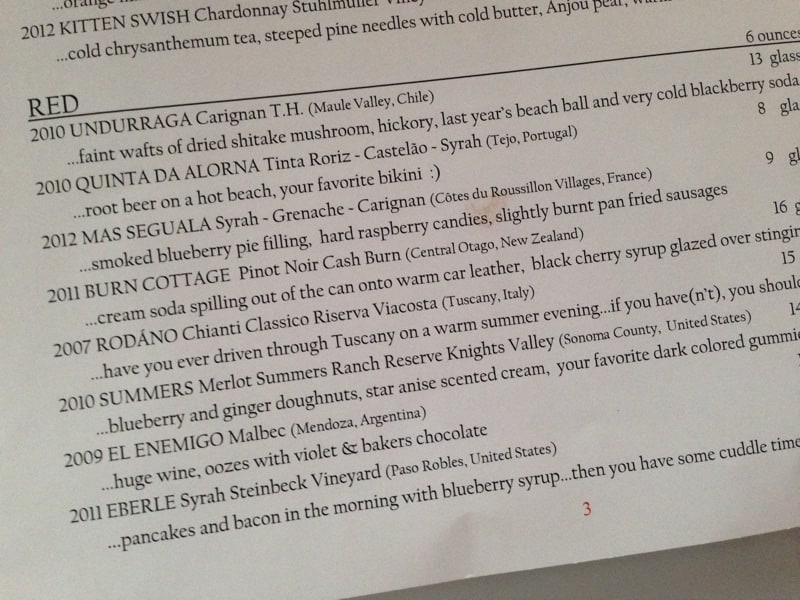 We learned that Canadians in general are hilarious. 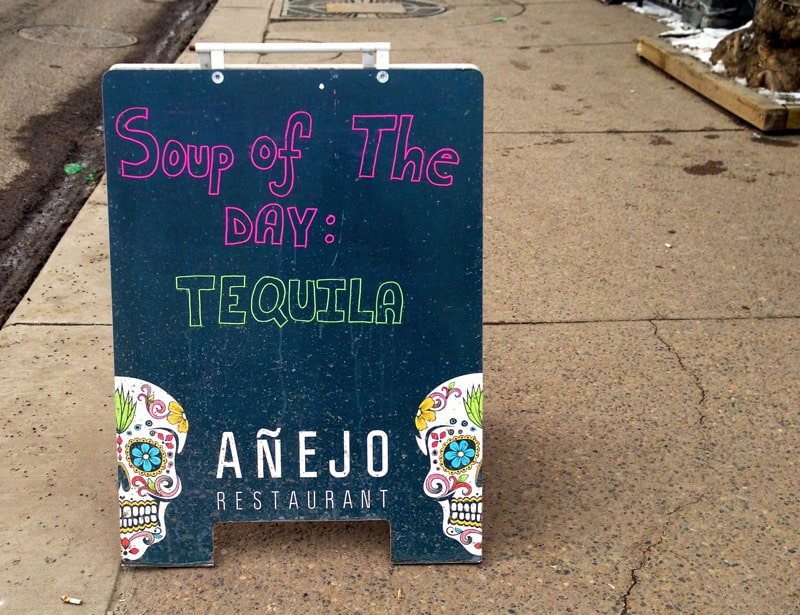 From Calgary we drove about an hour and half to stunning Banff, where we stayed at the Buffalo Mountain Lodge. Our view was beautiful and the caribou was delicious. 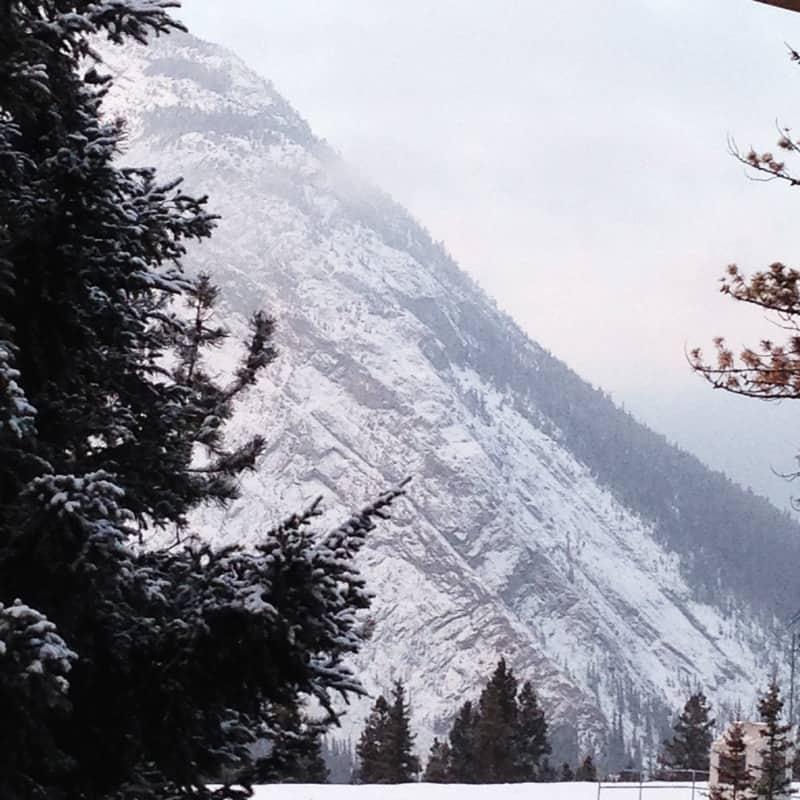 I braved the Johnston Canyon Ice Walk with Discover Banff Tours while Jacinda worked by the fire. This was definitely not for those afraid of heights, but I was awed and amazed walking over frozen waterfalls. It was so wonderful. 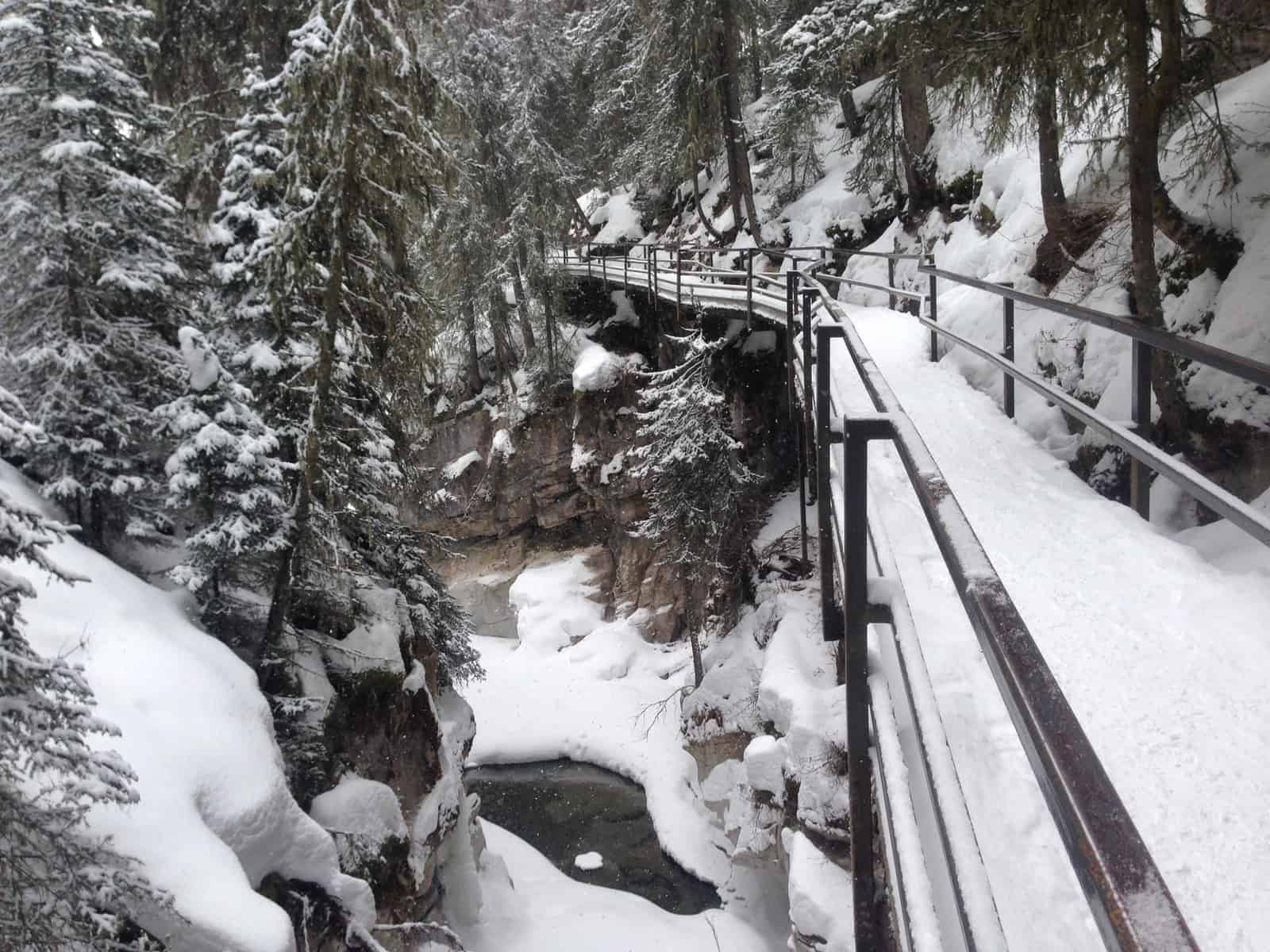 The massage at the Fairmont Banff Springs Spa was heavenly, though we weren’t as brave as these folks. 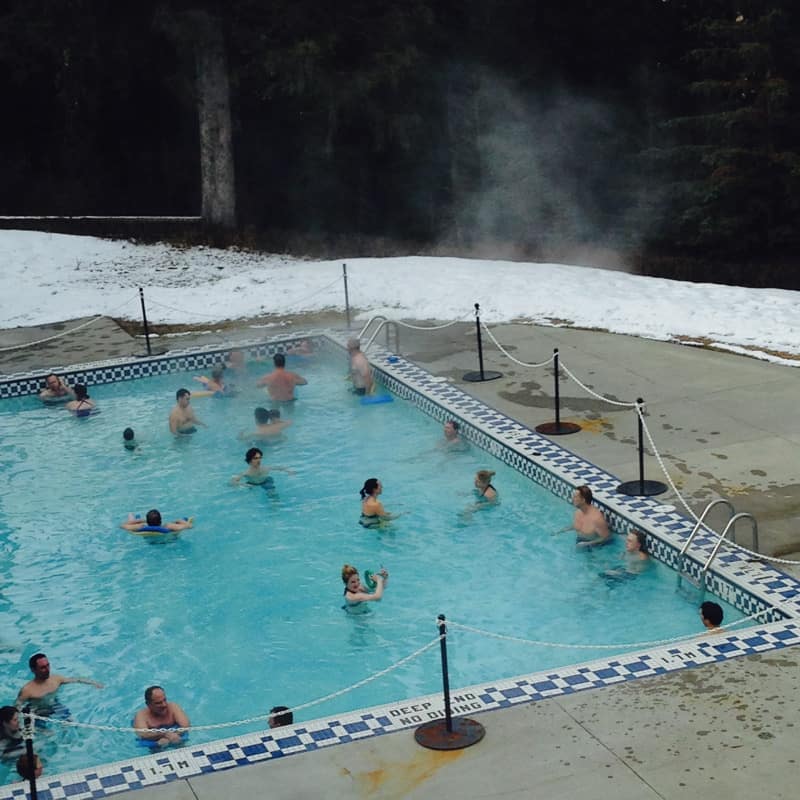 In the morning we enjoyed downtown Banff. 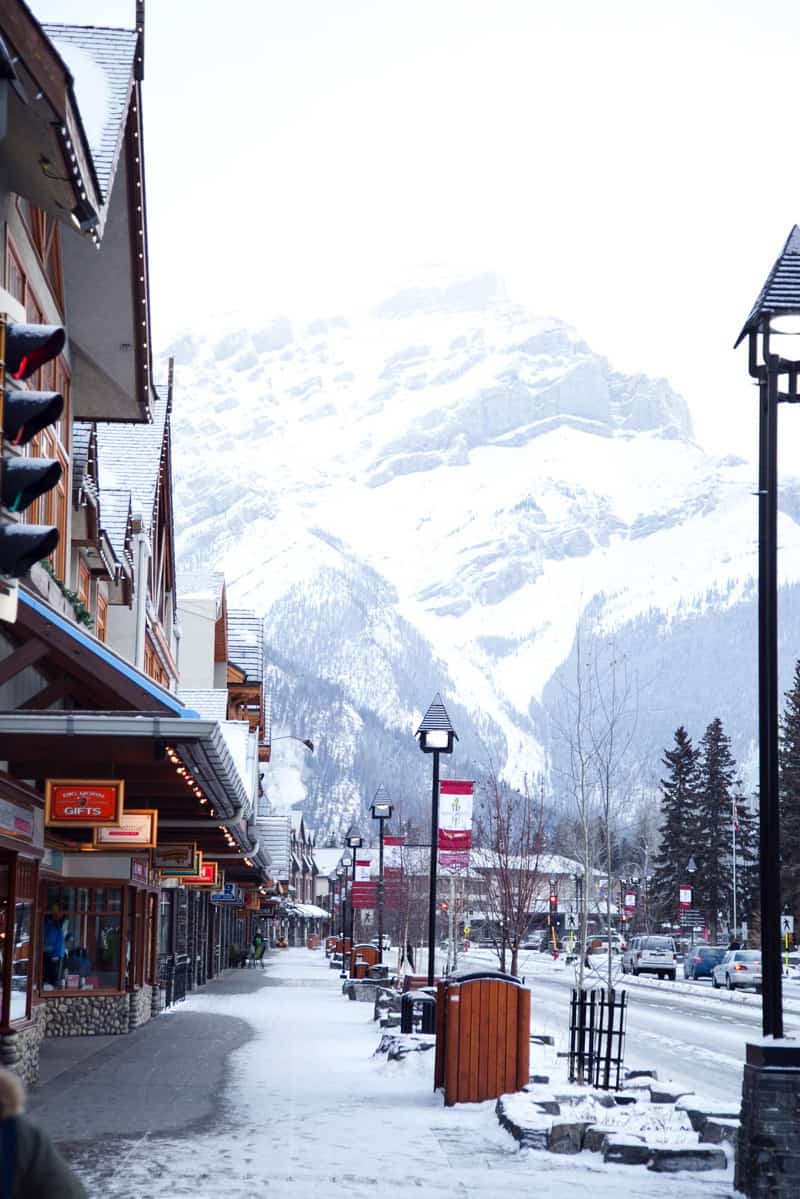 And even got some work done. 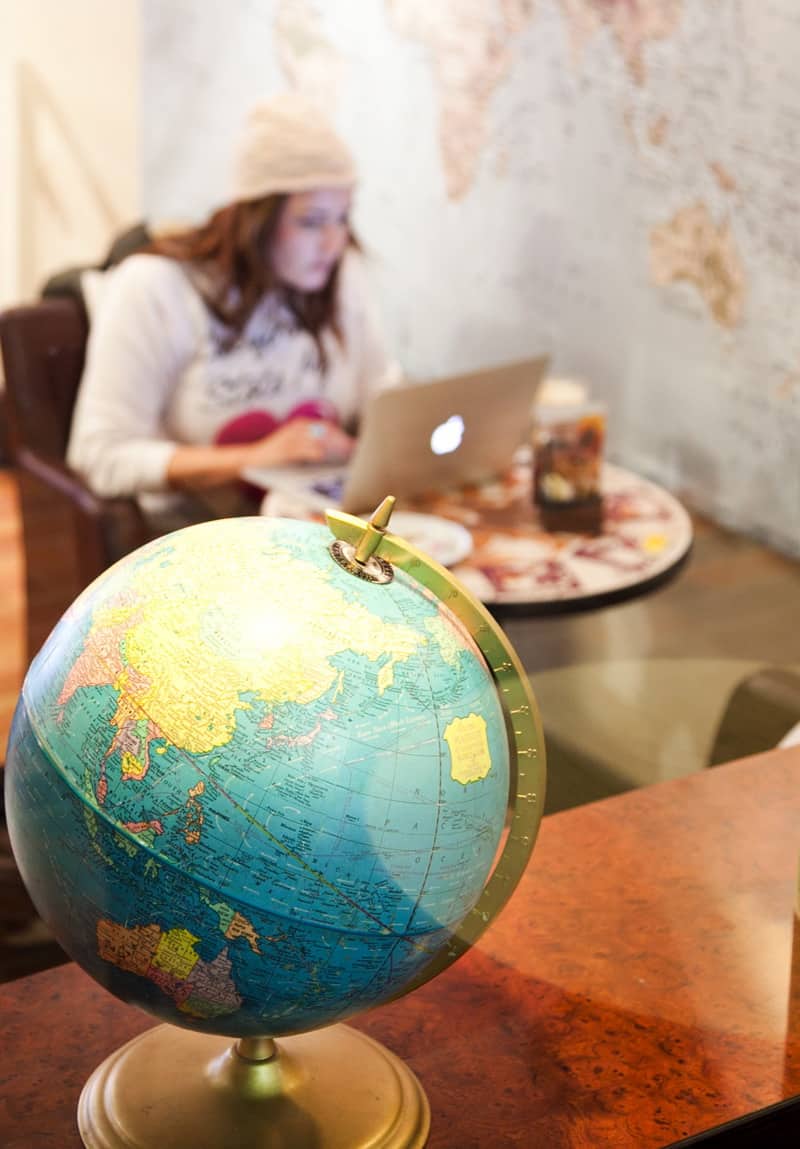 Next we headed to Lake Louise where we stayed at the charming Deer Lodge. We immediately headed over to the Lake to enjoy the view. We had a snowball fight and walked hand-in-han on the frozen Lake Louise feeling like Anna and Elsa. LET IT GO! 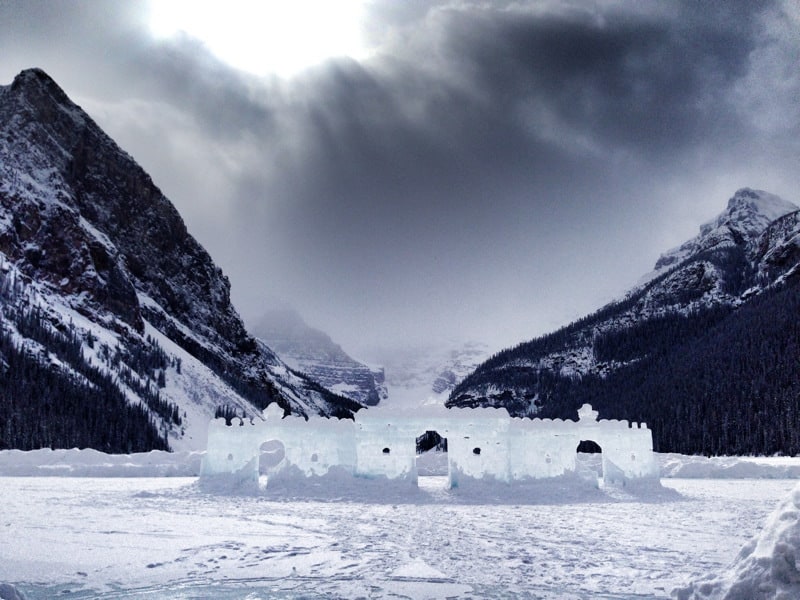 The carriage ride from the Fairmont Chateau Lake Louise is not to be missed. 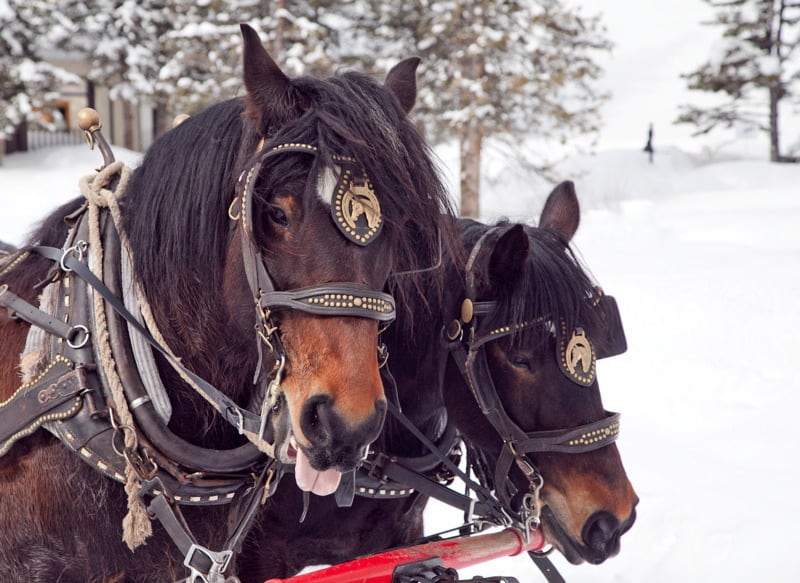 And Jacinda went on a snow shoeing adventure under the stars. She said it was awesome and I totally missed out. 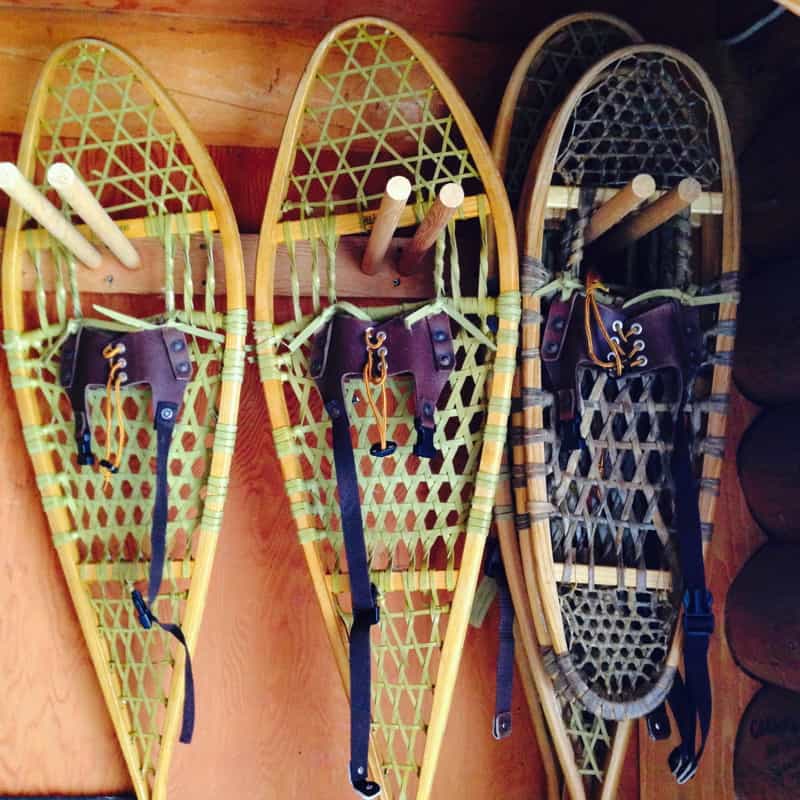 Next we headed to Canmore where we stayed in a huge suite at the Solara Resort, but not until after we went DOG SLEDDING on spray lakes with Mad Dogs Expeditions. It was AWESOME! 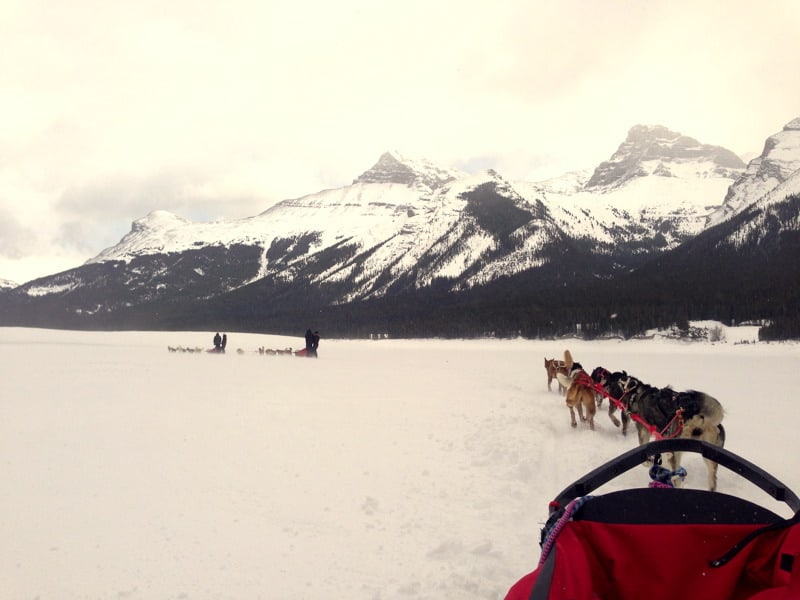 We ate some Rocky Mountain Flatbread and bought some snow globes before heading back to Calgary and off to home. We had a blast in Alberta and I miss Jacinda already. Oh Canada! 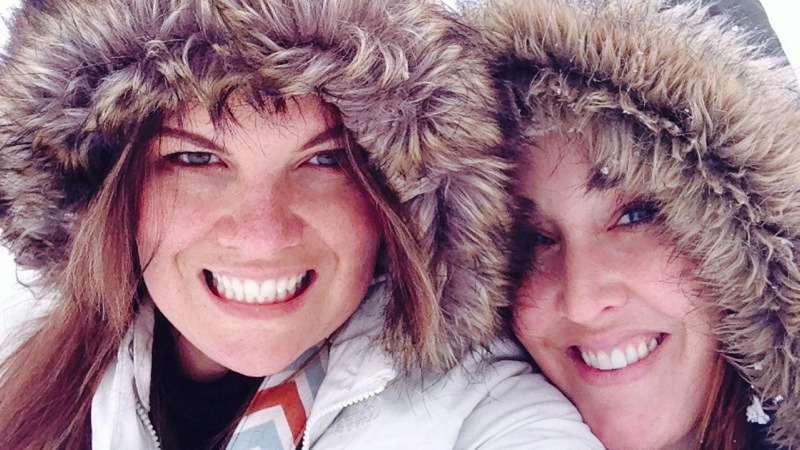 Glad you loved your first taste of Canada!! You must visit Vancouver next!! Even Carleton has visited my fair hometown!!

Jaime! You are one of my greatest joys in life. I love you more than caribou meat and that’s A LOT! XOXOX