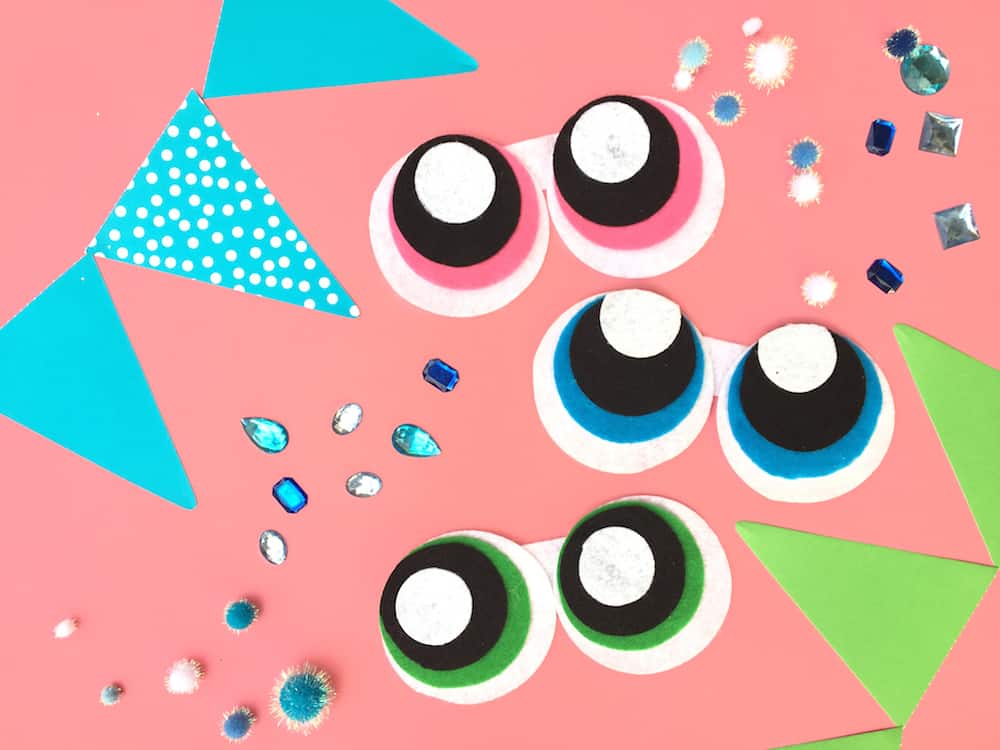 So, The Powerpuff Girls have to save the world and still get home by bedtime. That’s a tall order, but I like all things that encourage going to bed at bedtime. We thought we would make some cute little no-sew sleep masks that your little girls and boys can wear when it’s time to tuck in for the night. These are easy-peasy to make together; get the full tutorial after the jump…

First you want to cut your felt circles. The best way to do this is with a circle cutter. This is the best $8 you’ll ever spend if you love crafting: OLFA Compass Circle Cutter! For each mask you’ll need:

You’ll want some 3/4″ thick elastic, measured around your child’s head and add an inch. About 13-15″ is a pretty standard kid head size.

So here’s your circles: 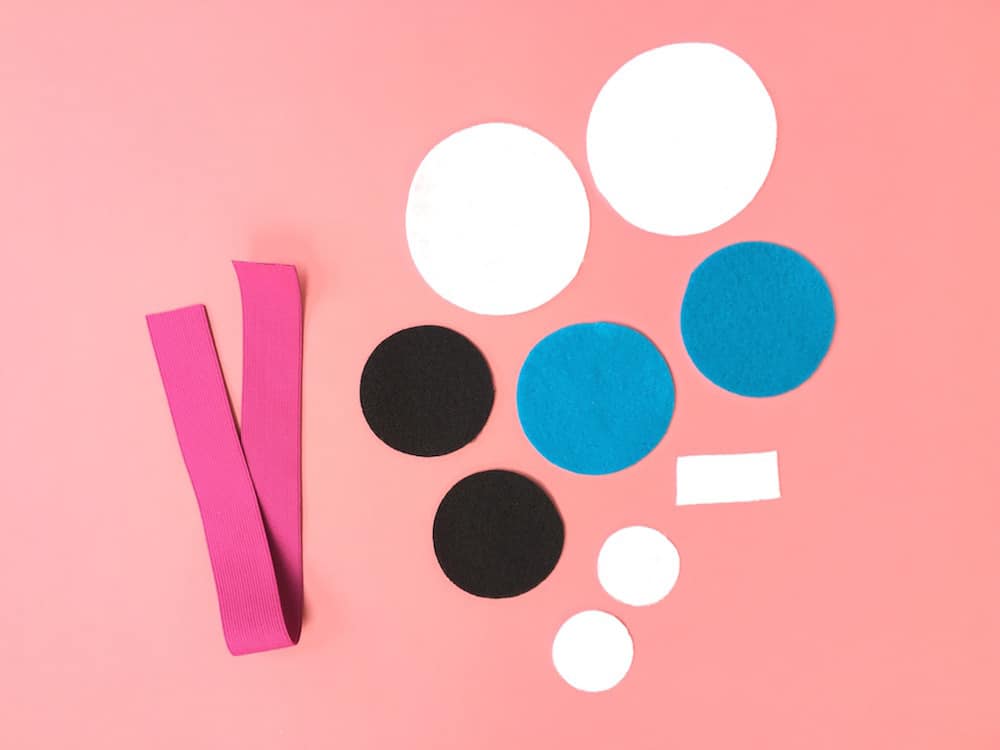 Glue the colored circle to the white circle. 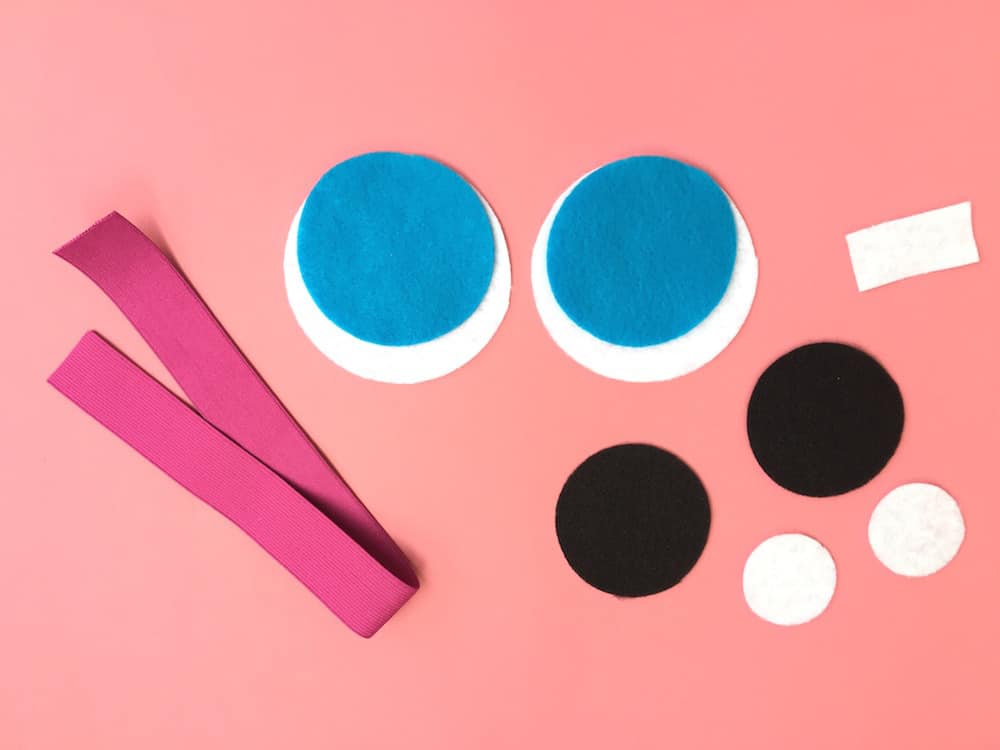 Glue the black circle on top. 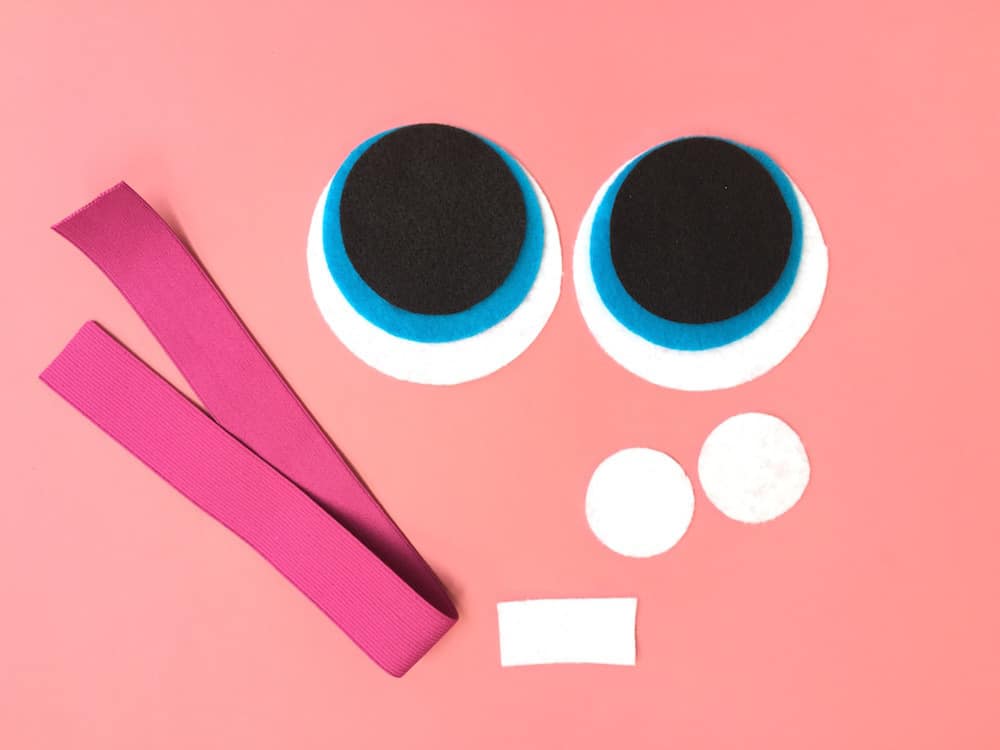 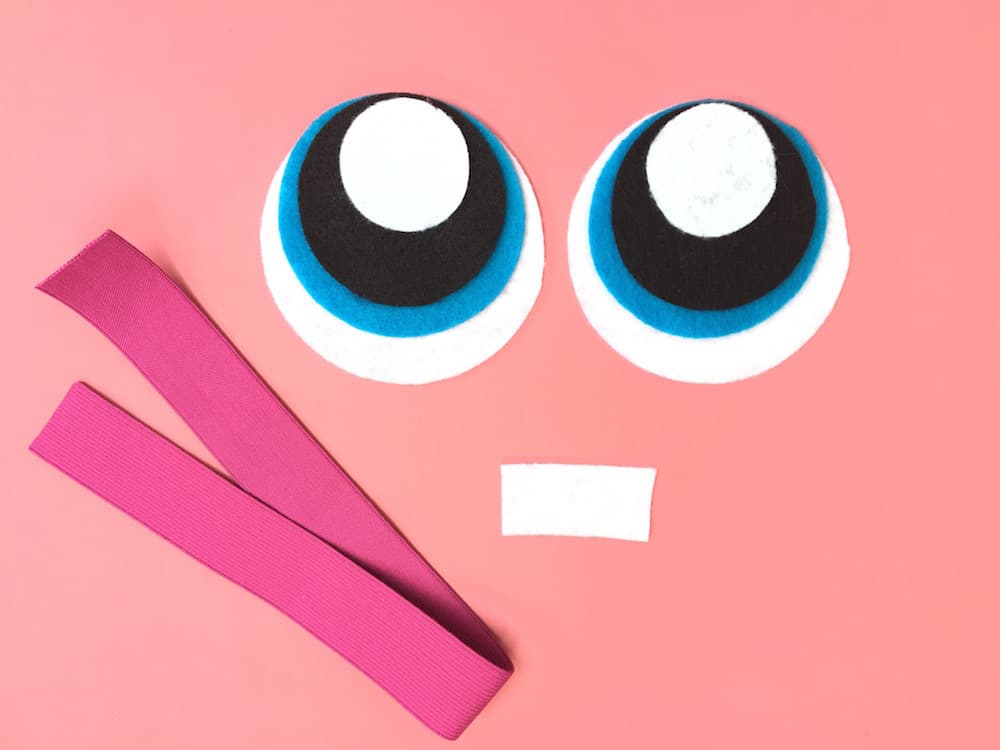 Now glue each eye (make sure they’re both looking the same direction) to the rectangular strip towards the top (where your mask will bridge the nose). 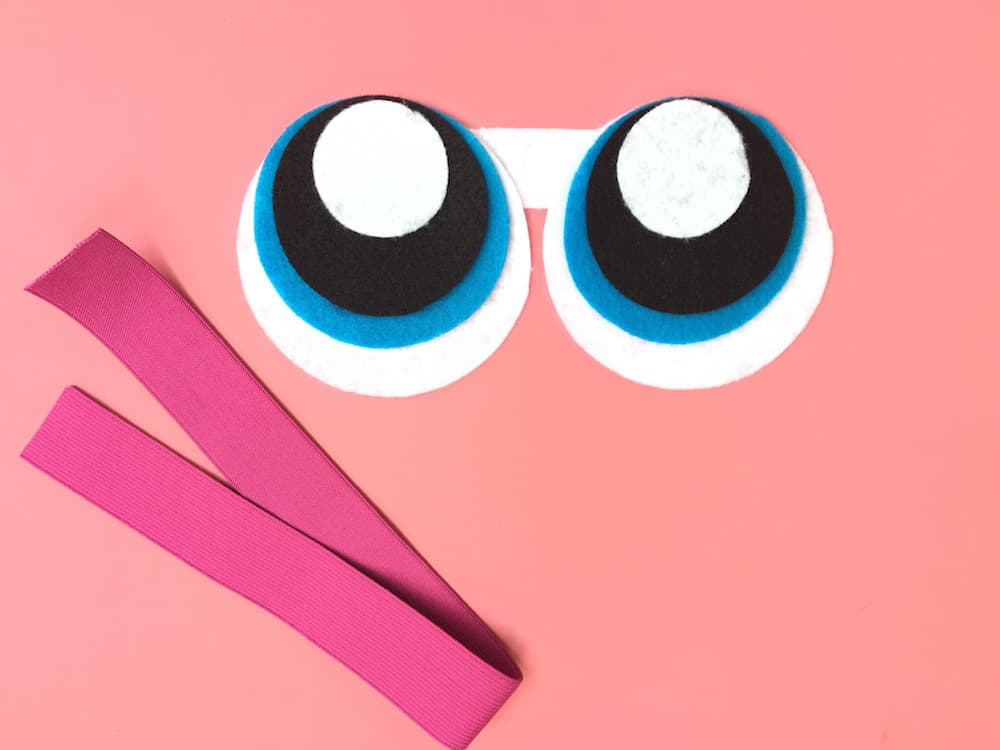 Glue your elastic to each side of the mask aligned with the height of your center strip. Make sure it isn’t twisted! 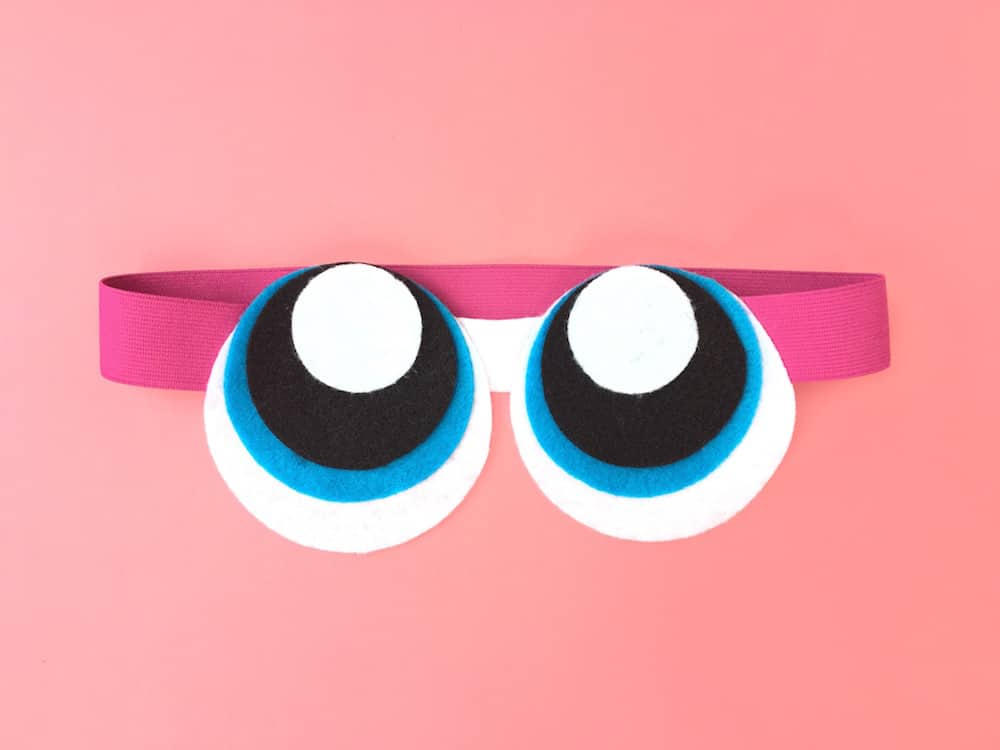 Give it to a kid if when they are done saving the world and are ready for bed.

As one of Cartoon Network’s most enduring original series, the initial run of The Powerpuff Girls, created by Craig McCracken, premiered in 1998 and quickly became a global phenomenon. Since its premiere, the series earned two Emmy® Awards along with five nominations and countless animation honors throughout its 80 episodes.

Blossom, Bubbles, and Buttercup’s mission in life alternate between going to school, fighting crime, winning at hopscotch and saving the world before bedtime. The Powerpuff Girls are frequently called upon by the town’s mayor to help fight nearby criminals using their powers. While their differences cause them to squabble and tease, their individual strengths combined always lead them to victory. They rely on teamwork, trust, and friendship to thwart evil (in the most adorable way).

Watch the trailer below and then head over to Hulu to start streaming the adorable animated series.

Hulu is THE streaming destination for the best of TV, and a great selection of films! Plus, you can stream almost anywhere, on any device, including gaming consoles, set-top boxes, tablets, mobile phones, and more. Visit Hulu.com to start your free trial.

now this is cute but how do you stop yourself from giggling when they are sleeping? adorable