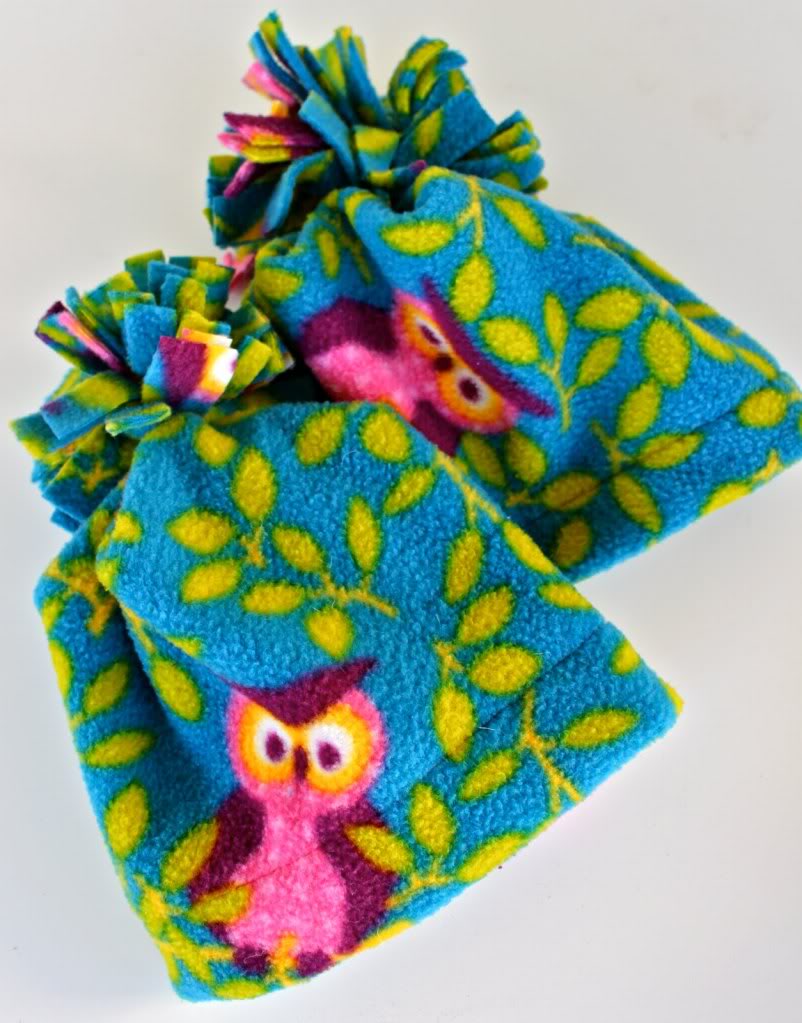 I love pom poms!  I LOVE POM POMS!  Using some fleece leftover from the silky baby blanket I made some super-simple pom pom hats for Scarlet and her cousin JoJo.  Sorry JoJo, all your suprises will be revealed on Prudent Baby.  Luckily you are too little to read blogs just yet.

Anyhoo, get the ten-minute Perky Pom Pom Hat tutorial after the jump…

1.  Measure your recipient’s head circumference, or take a guess, or check their baby blog because parents tend to report these dr. visit details.  Cut rectangles of fleece that are the head circumference on one side and 10″-12″ on the other – whatever size fabric you have on hand, this doesn’t need to be crazy specific.  For Scarlet (age 20 months) my rectangle was 19″X10″, for Jojo (4 months) it was 15″X10″.  Also cut a long skinny piece for the pom-pom.  About 15″X4″ but again, doesn’t have to be specific, if you have a 10″X3″ piece that will work fine too. 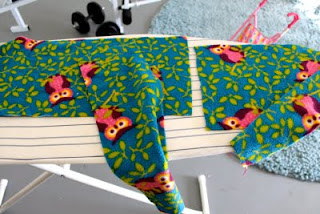 2.  Take your big rectangle and fold it with right sides facing so the two 10″ sides are together (or whatever side is not your head circumference) and sew (you have created a tube): 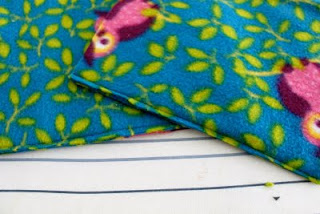 3.  Then, without turning the fabric yet, sew one of the other sides together, so now you have two sewn sides, one folded side, and one open side.  Trim the seam allowance and snip the sewn corner: 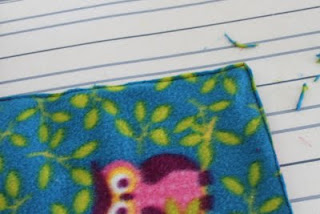 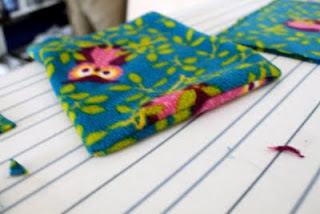 5.  Take the two corners and bring them together and sew in place.  You can hand sew or you can maneuver it into your sewing machine like i did, just stitch back and forth a few times. 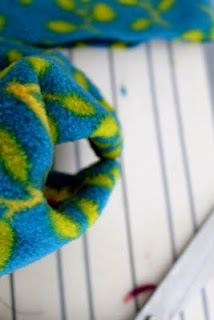 See, you’ve sewn the tip of your hat together: 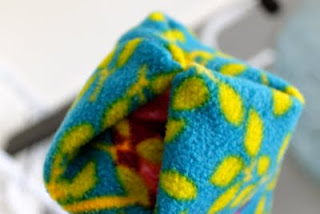 6.  To hem the head opening, fold the open edge and pin, however deep you’d like your seam to be, and top stitch in place with a coordinating thread: 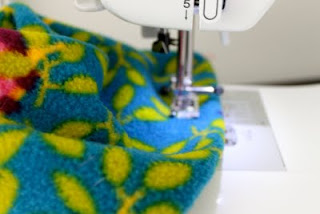 6.  Set your hat aside for a second, take your strip of pom pom fabric and fold in half widthwise, and make some cuts (not all the way through, leave a centimeter or so in the middle) for your pom pom: 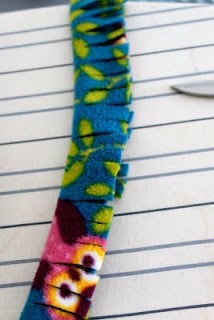 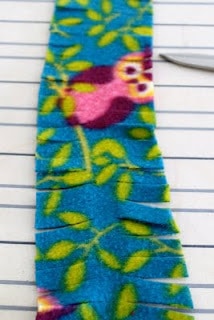 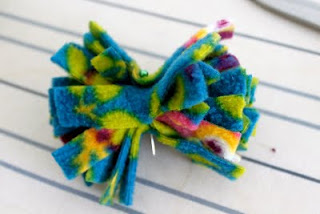 Then get some embroidery thread or some strong thread and a needle.  Tie a knot at the end of your thread, run it through the center of your pom pom, then wrap it around a few times and run it through again, leaving the threaded needle attached: 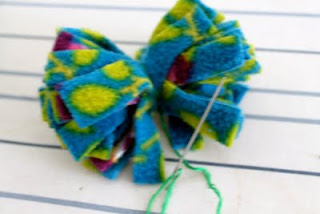 8.  Pull your hat to a point and run your thread through the inside of the hat, out around the point and back in to attach your pom pom.  Do this a few times and pull it tight.  Wrap the thread around itself under your pom pom like you’re sewing a button.  Three or four times should do it.  When you feel like your pom pom is securely attached, run your needle through to the inside and make a couple slip stitch knots and cut.

You’re done!  So simple and cozy! 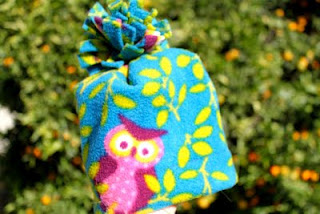 This is great for last minute gifts!! I linked to your tutorial on Craft Gossip Sewing:
http://sewing.craftgossip.com/tutorial-pom-pom-fleece-hat/2009/12/12/

Cute and so perfect for this time of year! Thanks so much, I'll be linking.

CUTE! I can not wait to put that on Jo Jo's head!

LOVE! I am looking forward to cool weather so I can make these for my kiddos, neices, and nephews!

this is exactly what I'm looking for!! Thank you so much and I've linked it to my blog:
http://jbeedelightful.blogspot.com/2010/11/fleece-follow-up.html

Love it! I'm so excited to make this for my soon-to-be-born baby and all my birthing friends!

All people deserve very good life time and personal loans or just car loan will make it much better. Just because people’s freedom is based on money.

VERY cute, but I must be dense! I do have a bit of a visual problem and do not understand Step 4, where you say to turn inside out. Isn’t it already inside out? Then Step 5, where you saY;

5. Take the two corners and bring them together and sew in place. You can hand sew or you can maneuver it into your sewing machine like i did, just stitch back and forth a few times.

I can’t make out how you mean to bring them together! And when you do so, is the hat already right sides out or is it still inside out? HELP!

Tons of geniune info here, was a pleasure to read. Hope to find more posts like these posts from you in the upcoming future, thank you!