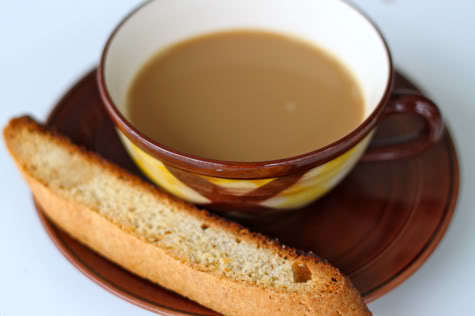 I haven’t craved a crunchy cookie (or crunchy anything) in years, but on our recent trip to Minnesota I discovered that my big brother loves biscotti. I idolize him so I decided to try to like biscotti again too, and it turns out, I do! 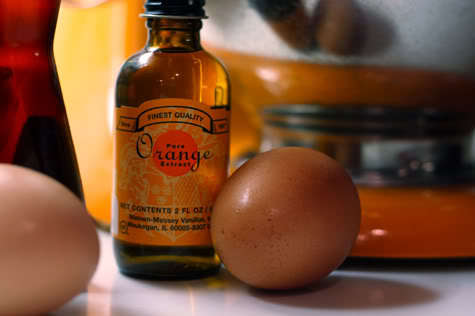 That same week, I made a random love connection with a lovely lady from America’s Test Kitchen. Are you familiar? I am addicted to this show on PBS (DVR it people, i swear you will not regret – i even got my husband addicted to it) as well as a paying subscriber to Cooks Illustrated. 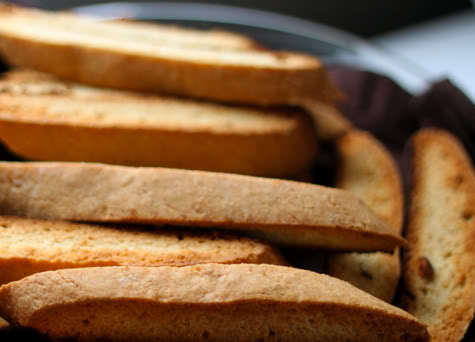 So, anyhoo, someone over there is a Prudent Baby fan, and we connected, and she sent me some cookbooks including The Best Simple Recipes

which comes out the same time as my book

and is also available for pre-order now.  Test Kitchen recipes are always the best because they test them out ten bajillion ways to understand what makes them work and find the very best way to make an item or meal. The twist in this book is that everything is also made a wee bit healthier, with some wheat flour added or calories cut in each recipe, without reducing flavor or adding weird stuff.  So i just started flipping through and came across this biscotti recipe. I did everything exactly as described except one tiny thing I thought I could skip, and my biscotti came out perfectly except for that one tiny detail…
Find out what it was and get the full Biscotti Recipe after the jump… 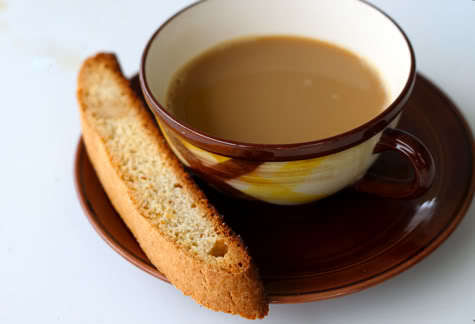 The original recipe was for almond biscotti, but I hate almonds so I used some orange extract in place of the almond extract and eliminated the almonds.  I’ll give the original recipe though, because if you like almonds it is probably delicious.  They give a variation for orange and anise, but of course i was out of anise, that would have been even yummier.

*I learned from America’s Test Kitchen that butter is properly softened when you can bend the stick but it wont break.  I also learned it takes about 30 minutes for one stick of butter to soften at room temperature, and that the temperature of softened butter is between 65 and 67 degrees.  Man, I love this stuff.

Directions  (I’m abbreviating these somewhat, the book is more detailed)
1.  Adjust oven rack to the middle position and heat the oven to 350 degrees.  (this is the part I skipped.  i left mine in the lower-middle.  bad idea, the bottom of my biscotti is a little too brown.  serves me right for not following directions!) Line a baking sheet with parchment paper.  Sift together the two flours, the baking powder, and the salt.

2.  Cream the sugar and butter in a large bowl for 3-6 minutes until creamy and uniform.  Beat in the eggs one at a time.  Beat in the vanilla and almond extracts.

3.  Reduce the mixer speed to low and slowly mix in the flour mixture until combined, about 30 seconds.  Mix in the almonds until just incorporated if using. 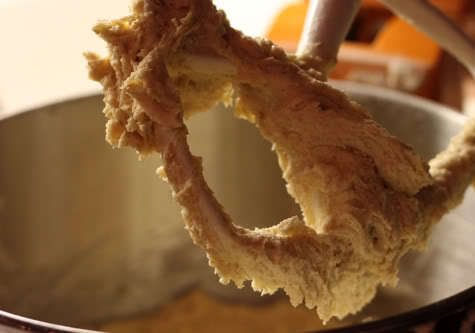 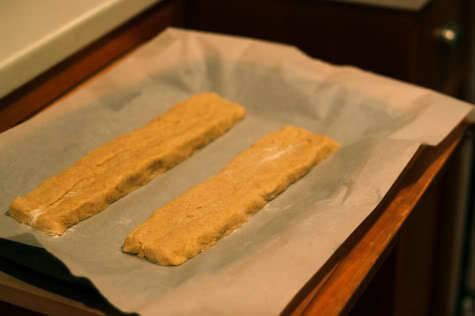 Bake until golden and just beginning to crack on top, about 35 minutes, rotating the baking sheet about halfway through cooking.  You can see my bottoms are browned from being too low in the oven (though this is sort of an optical illusion, they weren’t burned like they appear here): 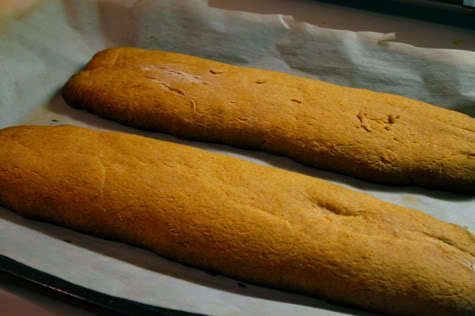 5. Let them cool on the baking sheet for ten minutes and reduce your oven temp to 325.

6.  Transfer the loaves to a cutting board and cut them on the diagonal into 1/2″ thick slices with a serrated knife. 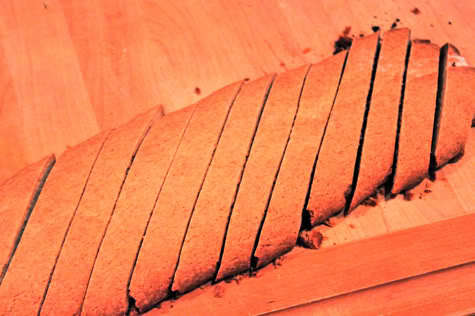 Lay those slices on the baking sheet, cut side up, about 1/2″ apart and bake until crisp and golden brown on both sides, about 15 minutes, flipping the slices halfway through.  Transfer to a wire rack and let cool completely before serving, about one hour.

Another note from the Test Kitchen: Any moisture left in the biscotti will soften the whole batch and make your crunchy cookies a yick batch of sadness if you don’t let them cool all the way in the open air.  So don’t pack ’em up too soon.

There is something really satisfying about eating your own homemade biscotti.  I’m not sure why.  It feels like being 22 again and hungover on an early morning in paris or berlin.  Sigh. 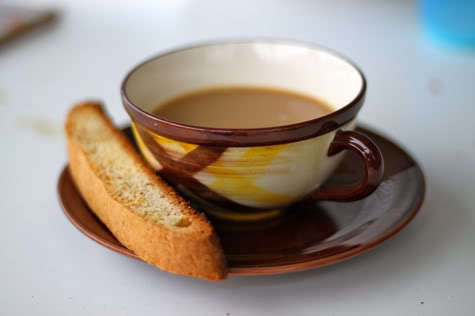 I have my great-grandmother's biscotti from Italy, which is my favorite recipe to make for people. There is nothing more tasty than fresh biscotti dipped in espresso early in the morning. I'm tempted to try your recipe, the proportions are a little different and the oven temps are a lot lower. Very interesting!

I might have to try these. I love, love, love America's Test Kitchen. I adore their cookbook. Thanks for the wonderful pictures.

oh kriss i want to know her recipe!! i am eating one right now. no one in my family likes biscotti and they're almost gone. i think that means i ate all the cookies myself? in a matter of just a few days? oh man.

My grandma (Italian mind you) gave me her almond biscotti recipe when I got married a few years ago…so I need to try it! I am so intimidated though since it was hers and she no longer can cook and help me out with it:) I may have to try it anyways! Oh yeah…and the hubs and I love America's Test Kitchen:) I'm so jealous you met one of them!

Oooh, I love that show! I have a giant cookbook of theirs. It is exciting to hear that they are coming out with a healthy version.

I want everything in that top photo in front of me right this very instant.

Yum! I have never made biscotti before, hopefully now I can 🙂

I love love love America's Test Kitchen!! My family subscribes to Cook's Illustrated and Cook's Kitchen. We also have their Family Cookbook and Family Baking Book, which has become my bible! I tell everyone about those books. I need the Simple Recipe book, thanks for the heads-up about it. YUM!!!!

OMG! I just made it right now and it’s oh so good! It turned out perfect even if the bottom got a little browned but it’s okay because it just looked toasted. I tweaked the recipe a little and instead of used more whole wheat flour and added flax seed. I added some raisins and craisins as well. Used half/half of white sugar and golden brown sugar. Yummy!