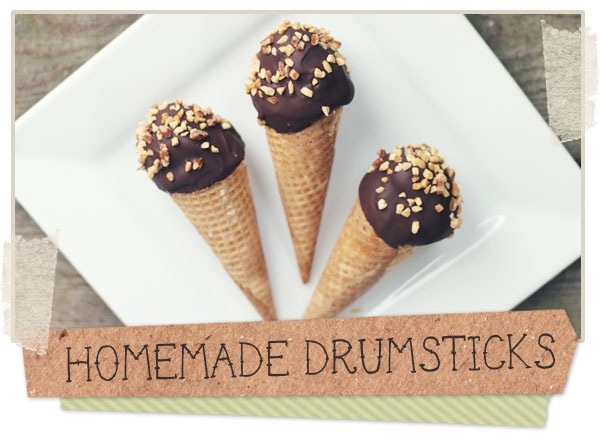 Yesterday afternoon I hopped into my car only to quickly find out that it was 98 degrees outside (so glad I wore jeans, not). Is a trip to Ikea really worth it in this sweltering heat? Obviously the heat was making me delirious and I thought, yes. So as I’m driving up to the valley the temperature starts rising and before I know it I’m standing in front of those bright yellow and blue Ikea doors with sweat drenched jeans (TMI) in 102 degree weather. Thankfully there was air conditioning, but honestly all I wanted was something refreshing and delicious to eat. This is where Delightfully Tacky’s Homemade Drumsticks come in.

From the moment I laid eyes on Elizabeth’s blog, Delightfully Tacky, I was hooked. Her recent post Embrace Your Inner Pin Up was perfectly timed for summer with its empowering message to love who you are. She gives great photo tips and when she’s not whipping up homemade drumsticks she’s serving up delicious Clover Club cocktails.

After yesterday, I think today will be all about escaping the heat and eating ice cream treats. Take it away Elizabeth…

I saw a picture of a homemade drumstick on pinterest a few days ago and I was like, “that’s brilliant! I bet it’s so easy!” And so I set about making my own tasty drumsticks. The best part about making them from scratch? You can pick whatever flavor of ice cream to go inside! I initially thought about doing chocolate chip cookie dough, but settled on my all time favorite Ben & Jerry’s Coffee Heath Bar Crunch. I also had a tiny bit of Vanilla leftover so I made a couple traditional vanilla ones as well. 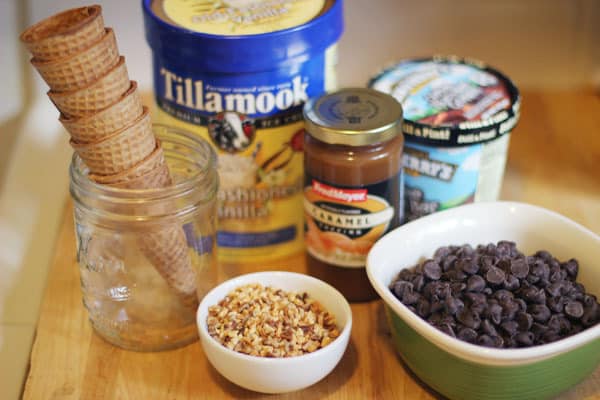 What you’ll need:
Ice Cream
Sugar cones
Caramel (or fudge)
Chocolate chips (half of a 12 oz bag can make ~6 cones)
Chopped nuts
Some glasses or jars (to help the cones stand up)

Place your cones in the jars. I think a pint of ice cream would probably fill 6 cones. I had some of my Ben & Jerry’s pint leftover, but I had used some vanilla. Cones usually come in sets of 12, so if you wanted to make all of them, I think 2 pints would do.

Take your caramel (or fudge/melted chocolate) and pour it into the bottom of the cones. I always like how drumsticks have the chocolate surprise at the bottom, but I thought I’d mix it up with some caramel instead. 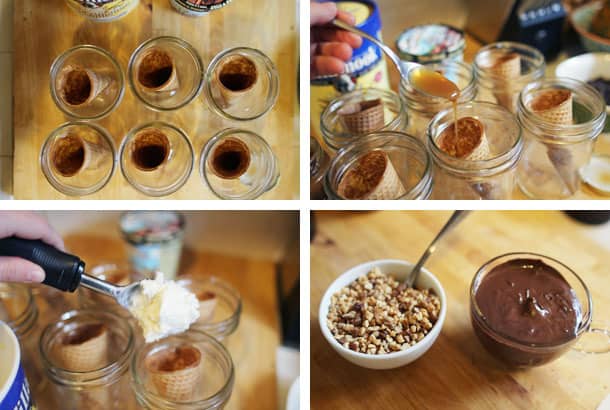 I left my ice cream out on the counter while I was prepping everything, so it would be a little more mushy and easier to push down into the cones without cracking them. Try to fill the cone as much as possible. I ended up using a regular spoon instead of an ice cream scoop because the spoon was smaller and could push the ice cream further into the cone. Place the filled cones in the jars and put them in the freezer for 30-40 minutes.

About 10 minutes before you take the cones out of the fridge, start to melt your chocolate. Once melted, pour the chocolate into something that will be easy to dip the cones into. You’ll want something deep and wide enough to submerge your cones. 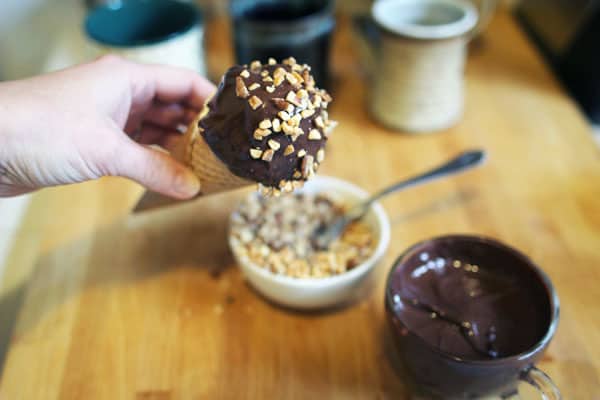 Dip your cone into the chocolate, let the excess drip off and then pour the nuts over the chocolate before it hardens. Immediately place the cone back in the cup and into the freezer. Keep the cones in the freezer until the chocolate is hard (it doesn’t take long) and then you’ve got some homemade drumsticks! I had extra melted chocolate leftover so I decided to fancy up the leftover cones. 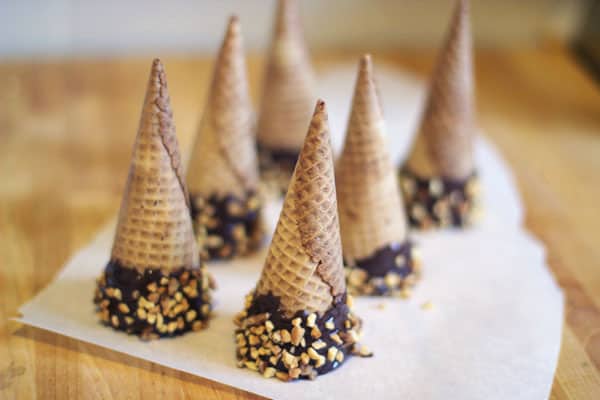 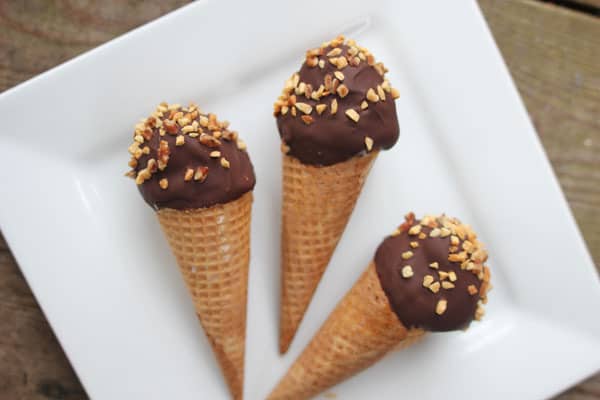 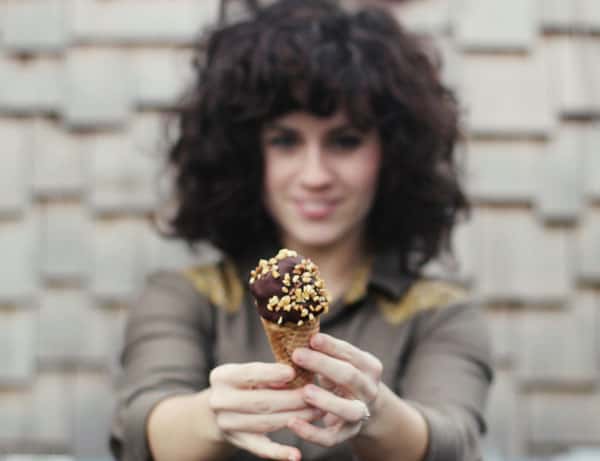 Delish! Definitely have to make some of these this summer. This family is rather partial to drumsticks! ;D

[…] cool down.Here’s all you need to make your own and all you have to do is head on over to Prudent Baby for the how to. So cool. More on Family Kitchen:6 grown-up sandwiches for busy moms10 unique […]

[…] Ice Cream. It will be a refreshingly different change. Of course you can make some homemade drumsticks if you want to be […]