Since as far back as I can remember, my days as a kid always ended with my three sisters, my mom, and I sitting around a gigantic bowl of salted, stovetop popcorn.  We pretty much always stuck with salt, but there was the occasional occurrence of drizzled butter. As I got older I found that my friends were the ones that started experimenting with the flavors. They’d suggest putting parmesan cheese, garlic, Italian seasoning, and many other flavors. Mind. Blown. I hadn’t ever really broken out of my salty shell, microwave popcorn was even a stretch. Now though, as much as I love the basic recipe from my childhood, it doesn’t hurt to change it up every once in a while with a new flavor like…honey snickerdoodle, perhaps? And yes, it’s just as delicious as it sounds. 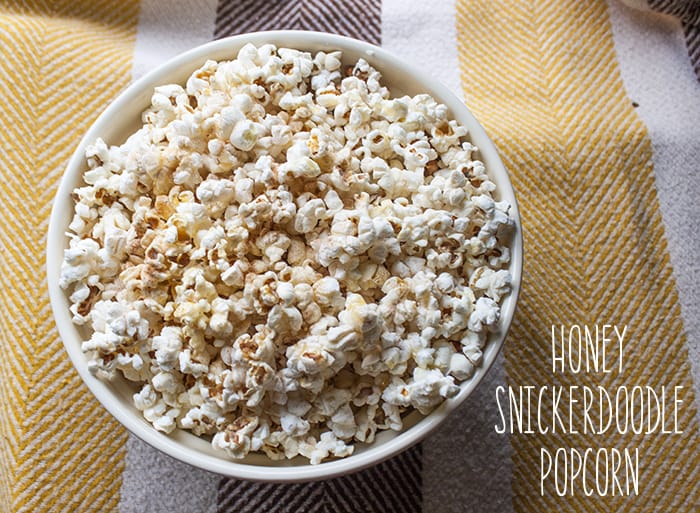 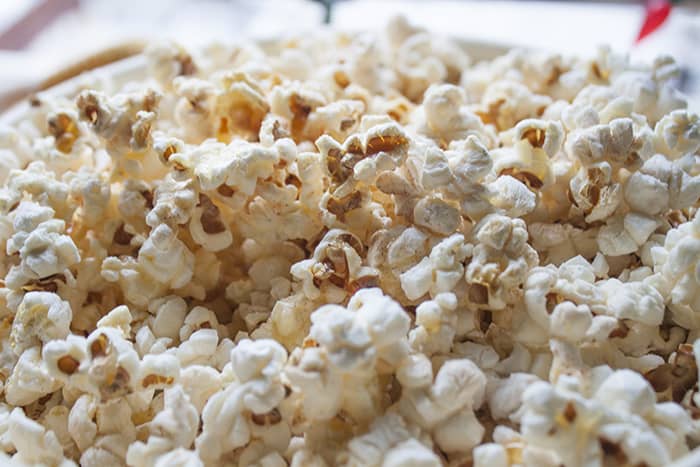 Put about three or four kernels in a saucepan with coconut oil at medium heat. Cover. When the kernels pops, pour the rest of the kernels in and cover. Shake consistently to pop all the kernels. When the popping starts to slow down to only a pop every few seconds your popcorn is done. You don’t want to leave it on for too long or it will start to burn.

Once your popcorn is popped, put it in a bowl and pour on the melted butter. 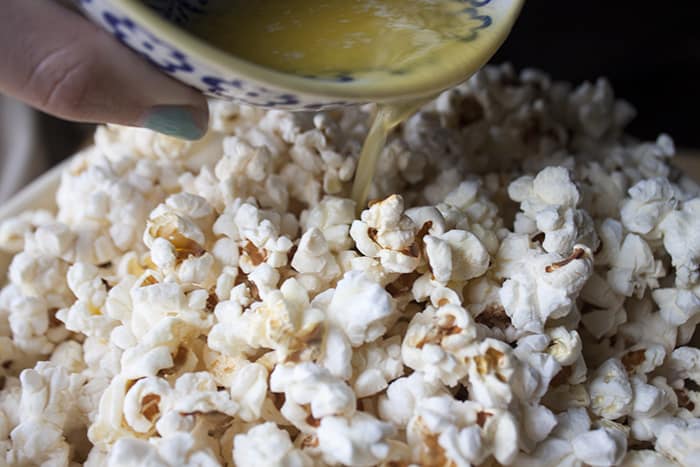 Sprinkle on cinnamon and sugar combination. 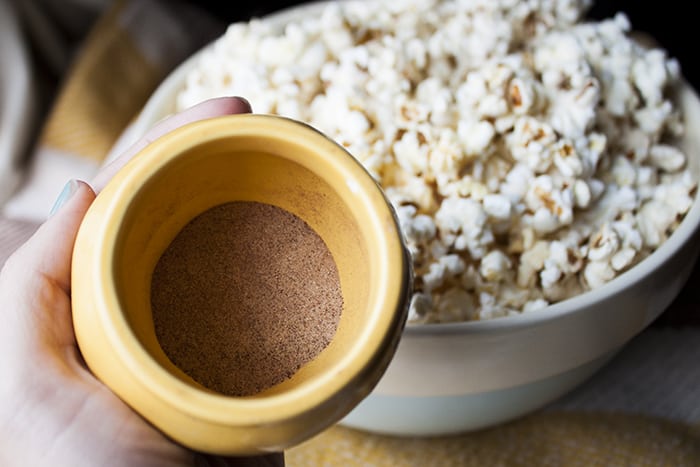 Drizzle it with as little or as much honey as you’d like.  If you like the mix of salty and sweet, shake a little salt over it. Enjoy!

One question: what ratio did you use of sugar to cinnamon to make your cinnamon sugar?
Just wondering…I like cinnamon but it can be kind of strong. 🙂

Anyway, thanks so much for a new and unique recipe.

Have a wonderful Christmas!!!

About 1/4 cup of sugar to 1 tbsp cinnamon should be good! Thanks so much!