Scarlet is obsessed with Zootopia– it’s her favorite movie of all time ever. So when she said she wanted to be Officer Judy Hopps for Halloween I had to oblige. She will not let me show a picture of her in it until after Halloween, but here’s the set up. This one was easy to put together… 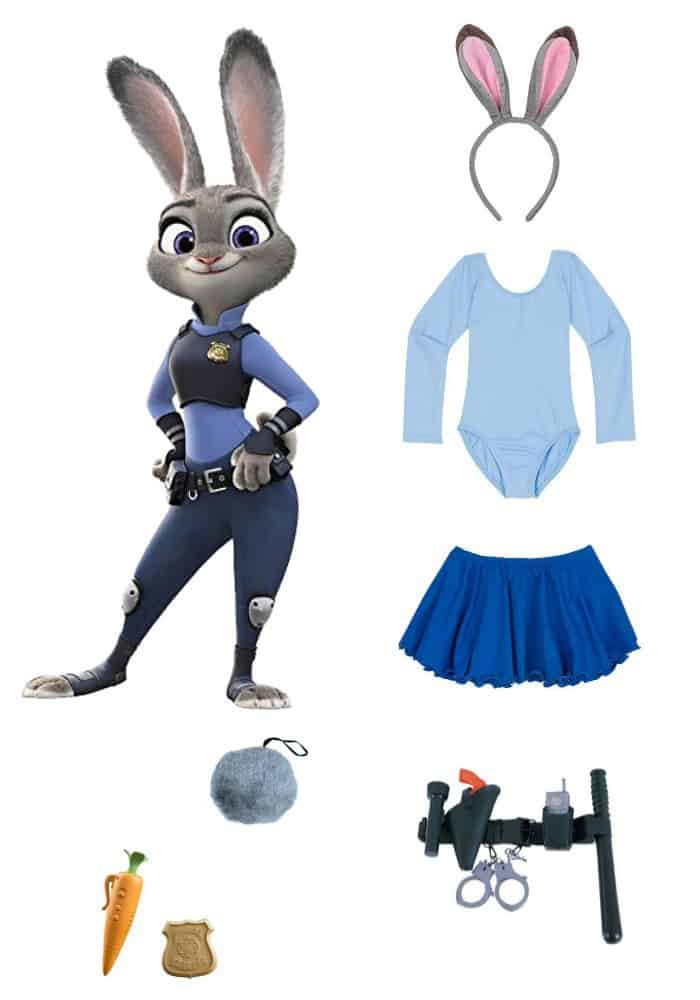 Light Blue long sleeve dance leotard from Leotard Boutique.
Royal Blue Ballet Skirt from Leotard Boutique (She wanted to wear a skirt because she hates pants, but some blue leggings and regular old kneepads would have been great too).
Gray Bunny Tail and Ears (they gotta be gray, according to Scarlet – this is harder to find then you think!) from Amazon.
Carrot Recorder and Badge, from Amazon.
Toy police belt, from Costume Discounters (or you could just do a black belt). Scarlet decided she didn’t want to wear the belt, so back it went, but I thought it added something. Oh well, as long as she is comfortable.
And finally, her officer vest. I picked up some blue felt at Jo Ann. I laid it out and used a tank top of Scarlet’s as a guide to cut two pieces: one for the back, with longer top straps and wider on the sides (so it could wrap around her), and one for the front. I tried the pieces on her and marked where the snaps would go, then used a snap kit to attach them. It took about 15 minutes, easy peasy. Attach the badge and let her dress up! Happy Halloween!