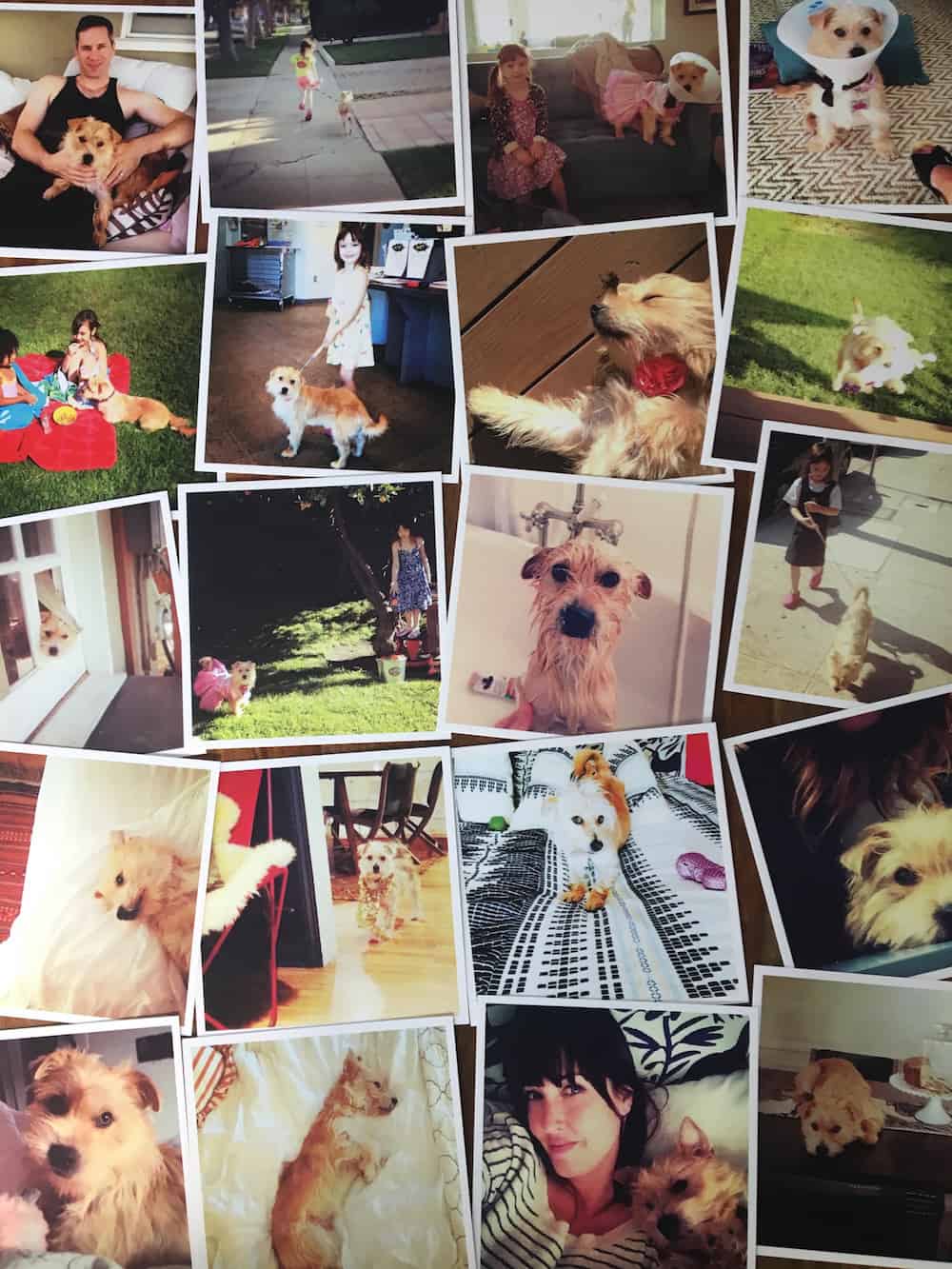 Scarlet, Carleton, and I are so excited to see A Dog’s Purpose. This is actually the first non-animated film that Scarlet has put on the calendar as a must-see. She always says she’s a “dog person,” as is my whole family. Jacinda is into cats. Tell me what a cat’s purpose is? That’s right, you can’t. Because cats are useless and dogs are better. The end.

Can I tell you about Princess Cheese? I’m going to tell you about her. She’s our mutt. When my dog Puck died, it took us almost a year to come wading out of our grief and decide to get another dog. We went on our 6th wedding anniversary to the LA Animal Shelter and told Scarlet she could pick out any dog she wanted. It took her about 30 seconds to find this little ball of fur and energy, which she then named Princess Cheese. P Cheese had mange, she had pneumonia, and she had mad love for Scarlet instantly. She also had way too much fur. A few months of TLC, some vet visits, and a nice grooming later she settled into our little family quite well. Now she’s been with us for four years, and we couldn’t love her more. 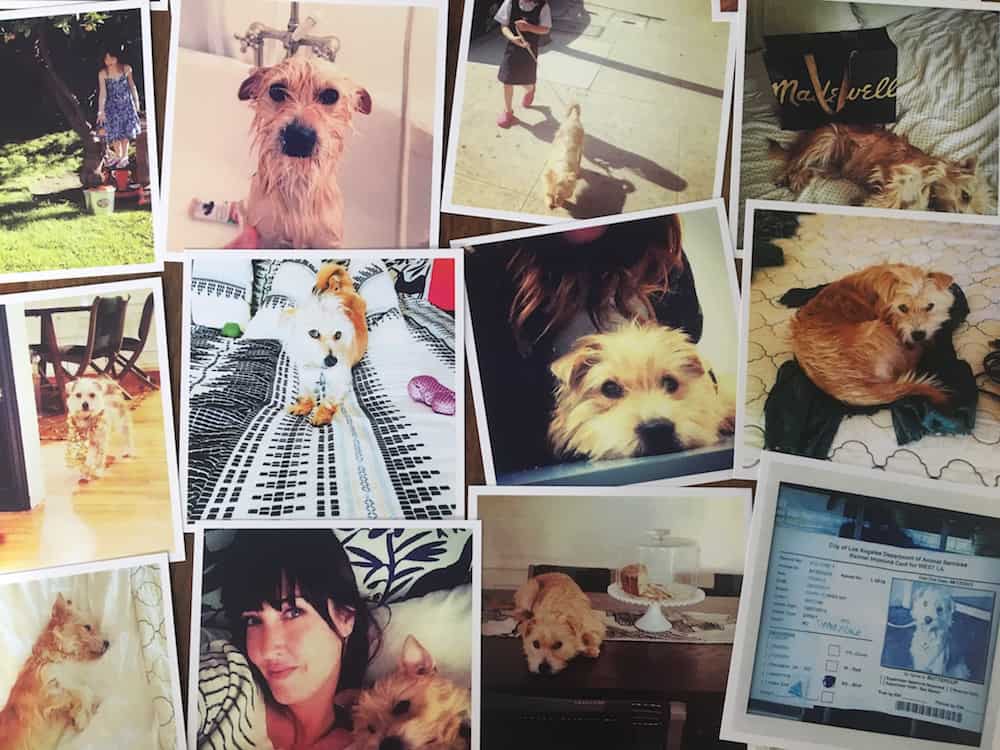 If I had to guess at Princess Cheese’s purpose, I would say it’s to be a sort of sibling to Scarlet, an only child. She snuggles her, runs with her, plays dress up with her. She protects her, runs to her when she’s scared, makes sure no one sneaks up on her, and keeps monsters out of her closet, and sometimes hides under her bed when she hears thunder. I’ve had many dogs in my lifetime. I had dogs as a kid with my parents. I had dogs after my parents got divorced, that I shared with my mom. I had a dog during my single twenties and when I married Carleton and had Scarlet that was my dog, my best friend. This dog is Scarlet’s, and if Princess Cheese lives about as long as she’s supposed too, she will probably leave this world about when Scarlet leaves home to go to college. I’m already sad about it, but when you are a dog person, you know this is how it goes. It is how it is supposed to be.

So I am grateful that Princess Cheese found her way into our home. I don’t know how she ended up at the shelter, or what her life was like before, but I know she has a good life now, and she’s happy, and we’re happy to have her with us while we can.

The ones we rescue, rescue us. Watch the trailer for A Dog’s Purpose, in theaters January 27 (get your tissues ready):

Recreate the #ADogsPurpose movie poster using your dog & share using #MyDogsPurpose. Your furry friend could even be featured in the film’s campaign! Check out our poster of Princess Cheese, then get started making your own now: http://unvrs.al/ADPPoster 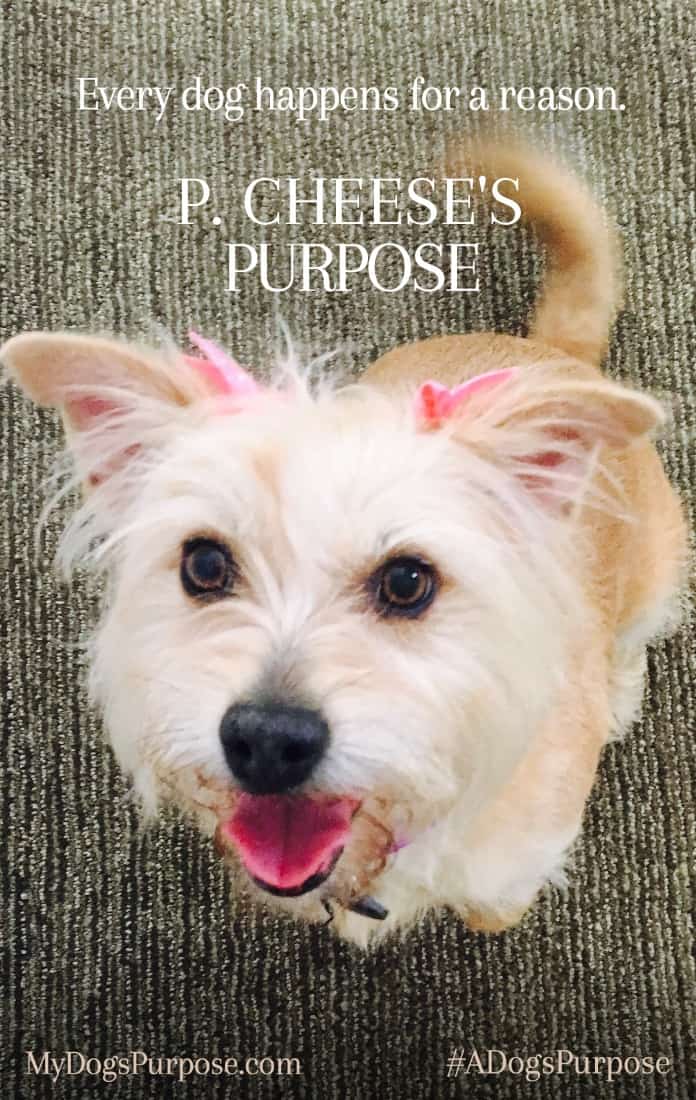 About the movie: Based on the beloved bestselling novel by W. Bruce Cameron, A Dog’s Purpose, from director Lasse Hallström (The Cider House Rules, Dear John, The 100-Foot Journey), shares the soulful and surprising story of one devoted dog (voiced by Josh Gad) who finds the meaning of his own existence through the lives of the humans he teaches to laugh and love. The family film told from the dog’s perspective also stars Dennis Quaid, Peggy Lipton, Britt Robertson, K.J. Apa, Juilet Rylance, Luke Kirby, John Ortiz and Pooch Hall.

Don’t wear masacara to this movie! I read the book and now I can’t watch the trailer without crying!