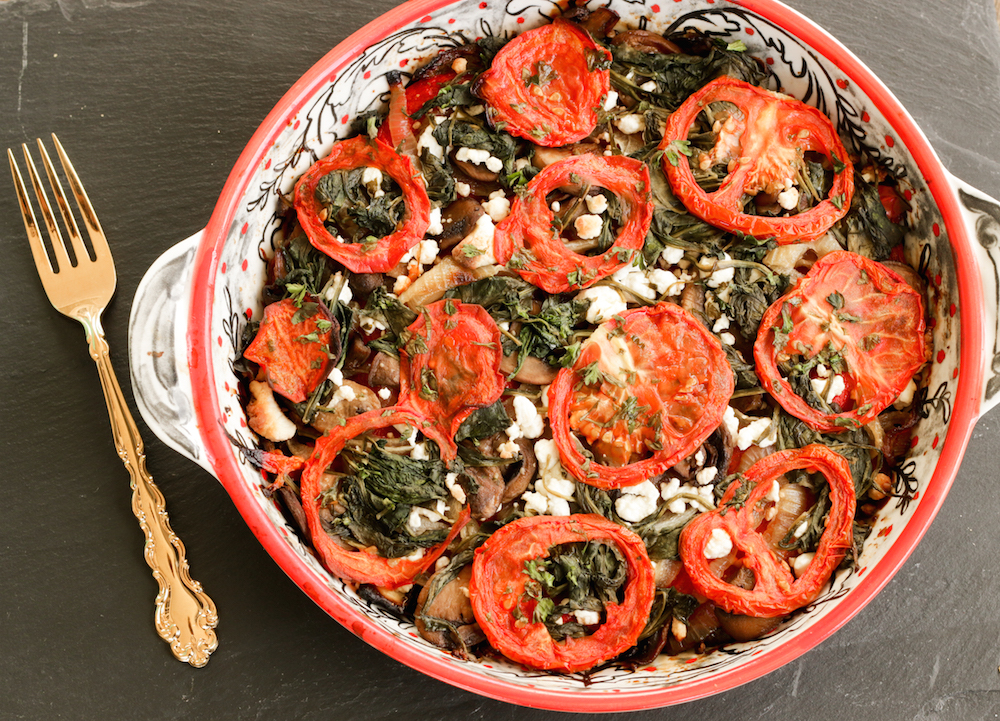 The best way to eat vegetables is to roast them, in my humble opinion. Well, maybe grilling them is better, but it’s winter, so roasting is the thing to do. I love roasted veggies with their sweet carmelized goodness, and I find my kid tends to like them better roasted as well. I’m not going to lie and say my kid will eat this roasted vegetable pie, but the rest of your friends and family will gobble it up.

Here’s the deal: Roast up a ton of vegetables, then make them into a pie. It’s pretty simple. With or without a crust, it’s delicious. I usually make two at a time, then let one cool, cut it into pieces, then wrap each individually and freeze them for easy single-serve lunches for myself packed with veggie goodness. Make this in a beautiful pie plate to serve at your Thanksgiving meal, as it’s also quite pretty. 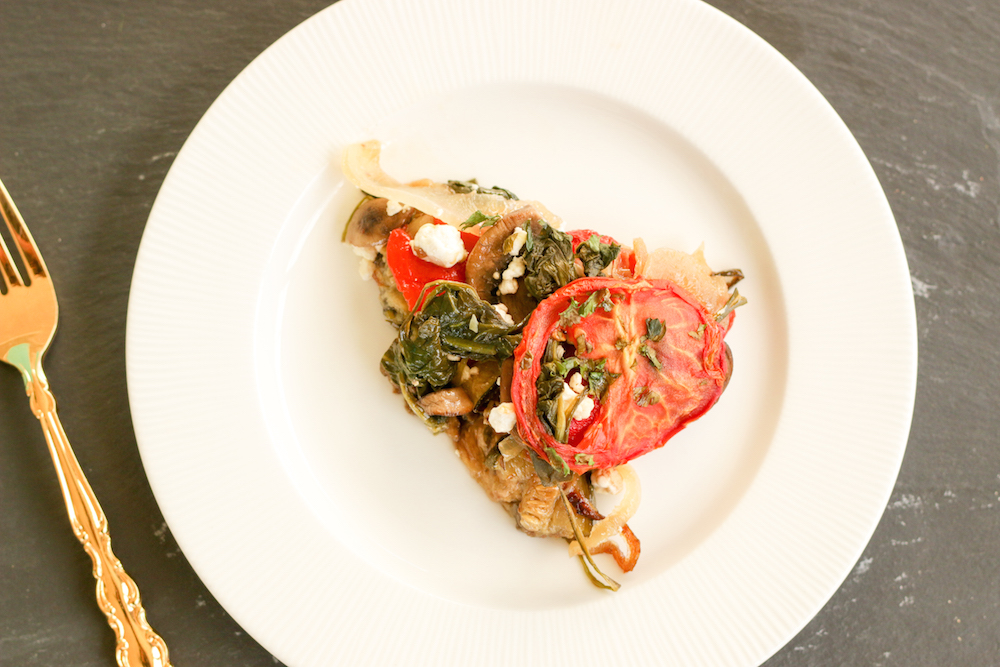 My recipe is a guideline you can use to customize your own vegetable pie based on what you have in your fridge. It’s especially great if you have a pile of veggies that you didn’t get around to cooking that are about to spoil – just toss them in the oven and throw one of these together. 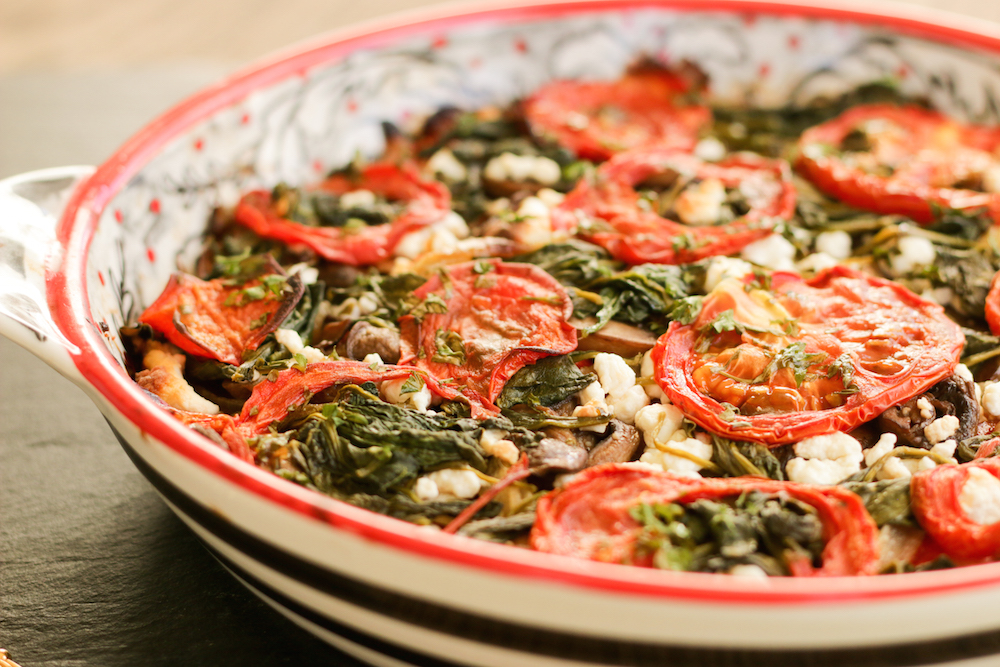 Get my recipe for Roasted Vegetable pie after the jump…

Ingredients
Vegetables – use what you have or what you like, but here is my favorite combination:
2 eggplants
4 zucchini
2 onions
1/2 lb of white or button mushrooms
Crumbled goat cheese, to taste
16 oz spinach
4 tomatoes
2 tbls chopped parsley
Olive oil
Salt and pepper

Directions
Pre-heat oven to 400 degrees.
Wash all veggies
Cut red peppers in half and remove stems and seeds
Slice the eggplant and zucchini 1/2 thick
Slice the onions into 1/2 inch thick rings
Slice the mushrooms

The zucchini will likely be done first: 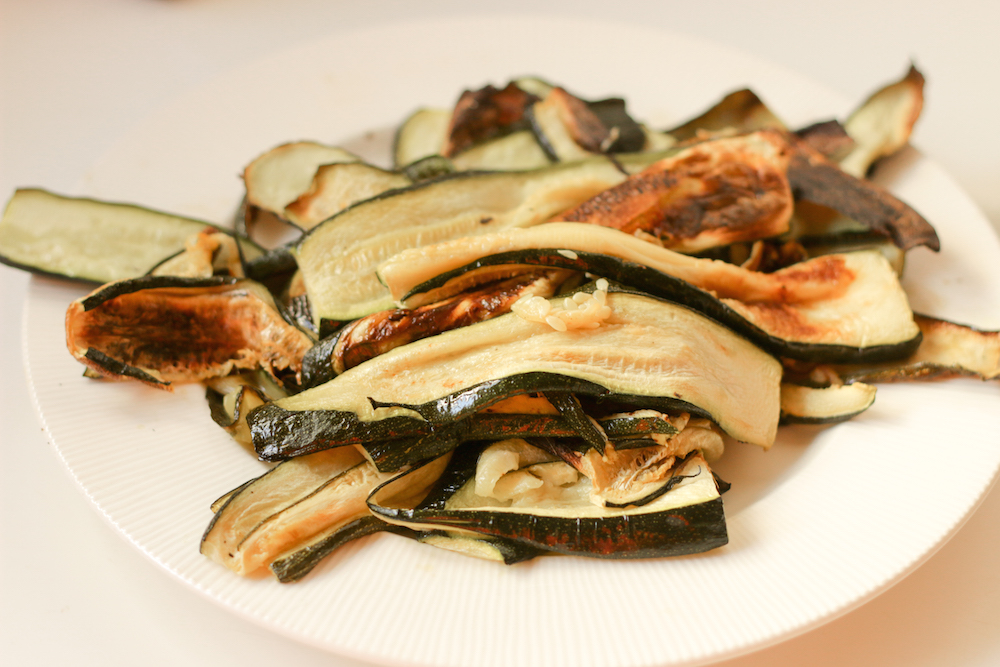 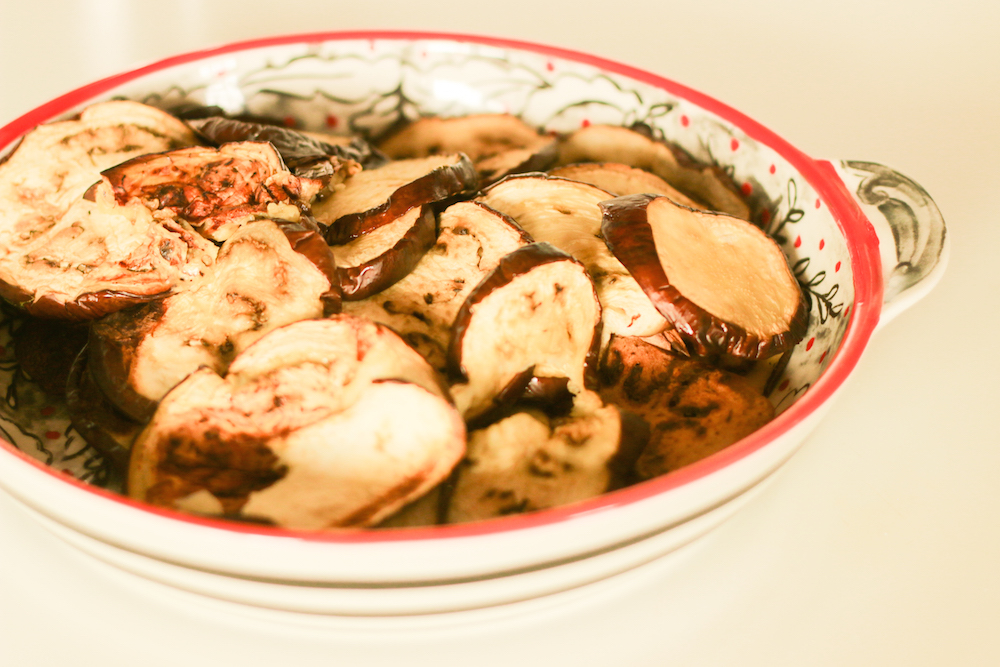 Then finally, the red peppers will be done when the skins are starting to brown and blister. Remove them from the oven and let cool. 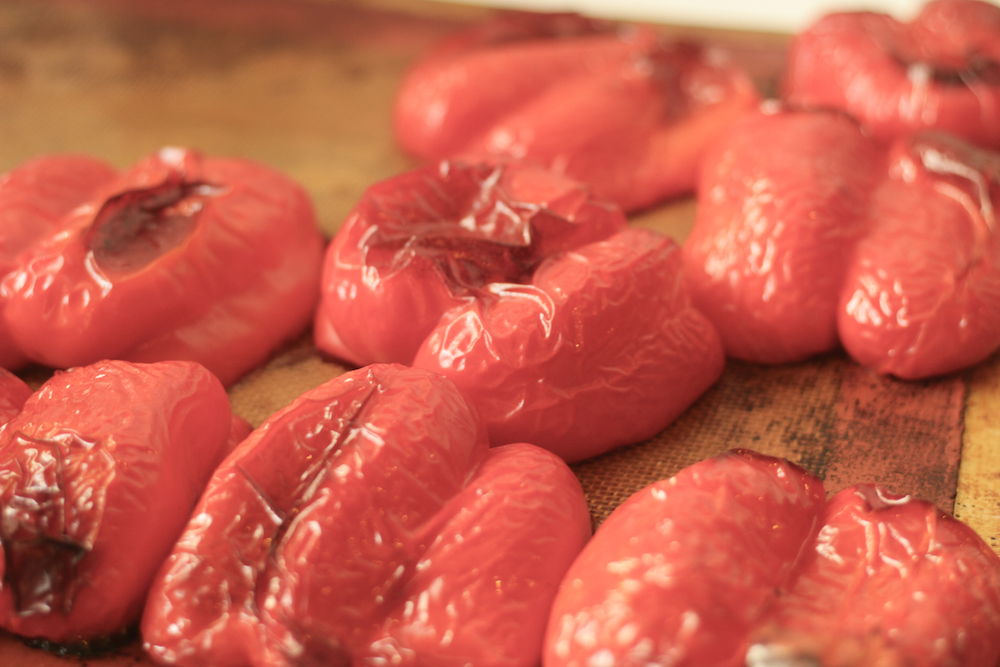 While the veggies are roasting, cook the onions in a pan on the stove in a tablespoon of olive oil over medium heat, with a dash of salt, until carmelized. 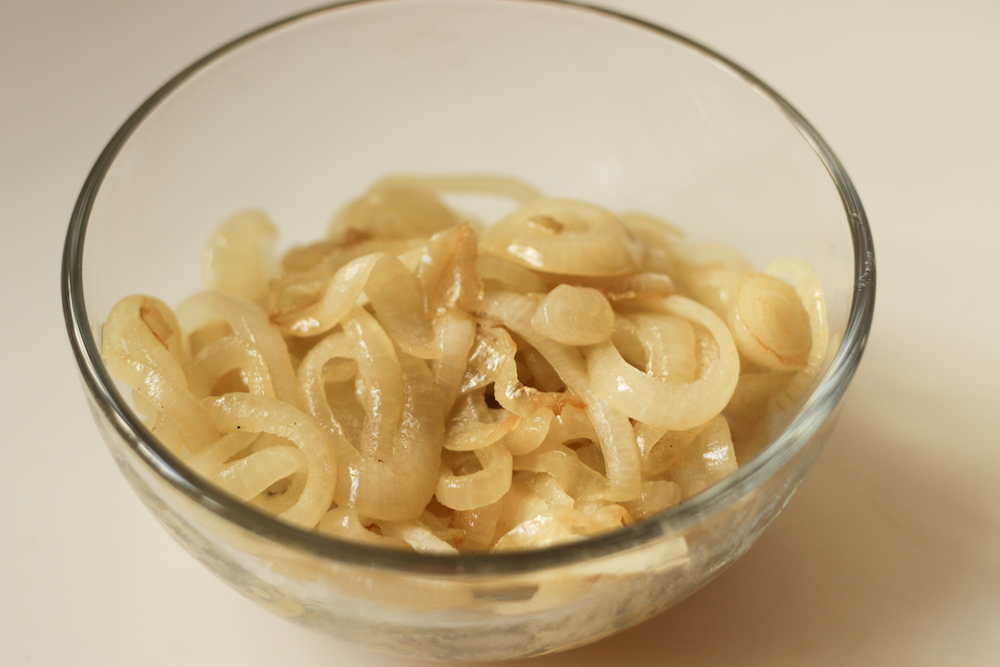 Cook the mushrooms in a pan on the stove in another tablespoon of olive oil with a dash of salt until they release their juices, then brown. 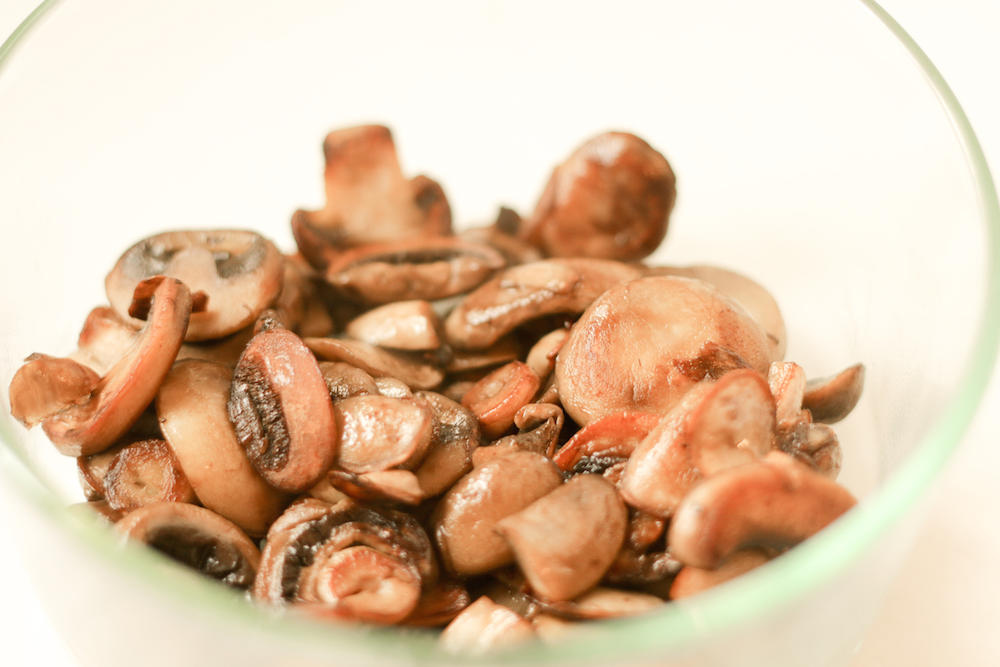 Cook the spinach by placing in a pan with a teaspoon of olive oil and a tablespoon of water, covered with a lid until the spinach wilts. Stir until completely wilted, then squeeze out excess water. 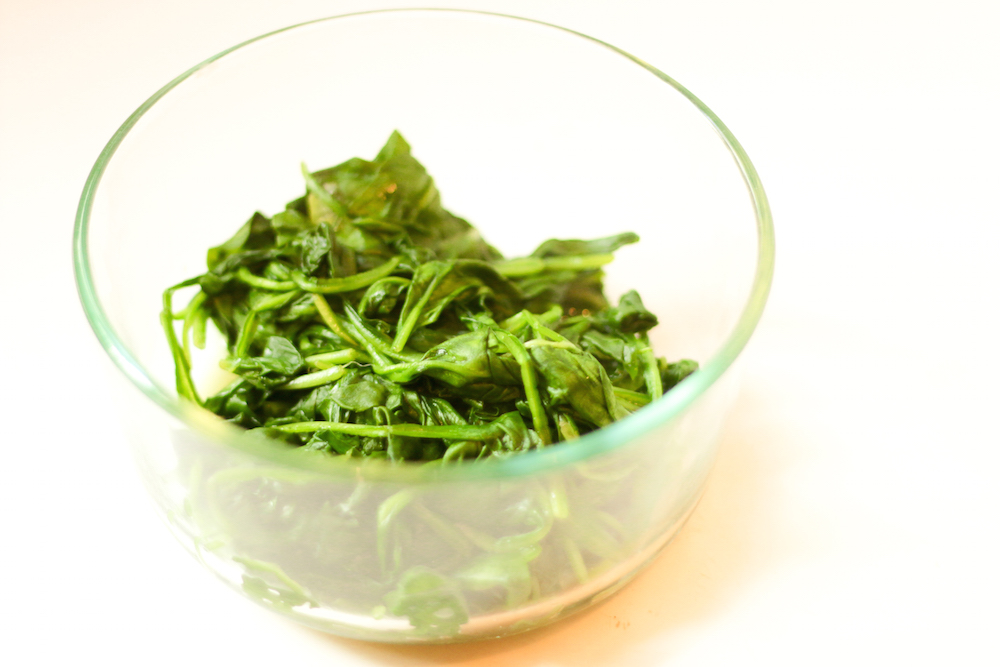 Now return to your red peppers which have cooled by now, and gently peel off the skins to reveal their roasted goodness. 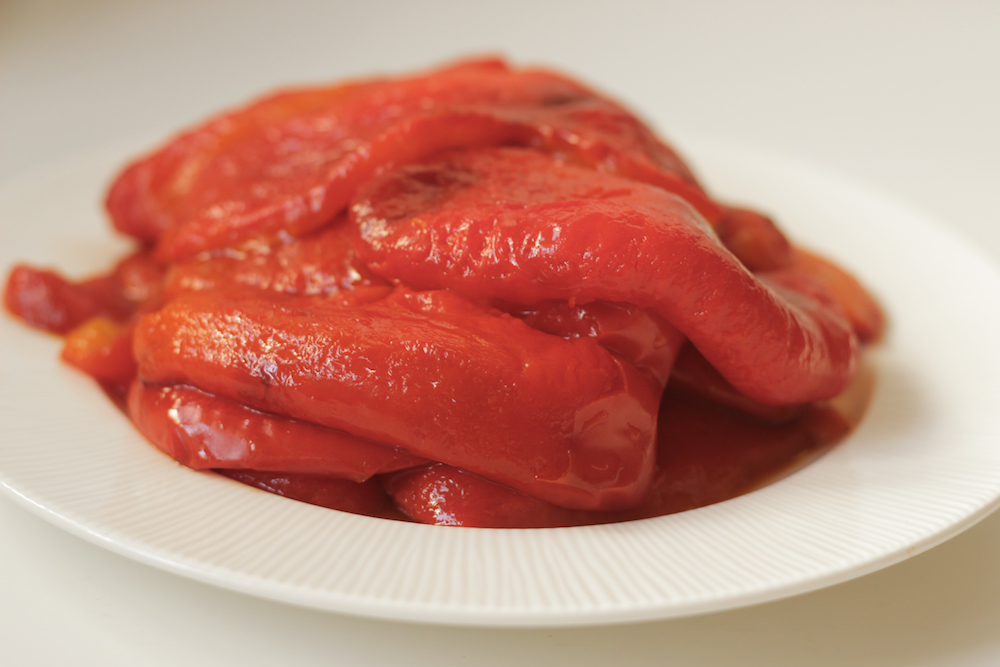 Now it is time to assemble your Roasted Vegetable Pie. You can use a pre-made pie crust in a tin, or prepare a pie dish by lightly brushing with olive oil. Layer your ingredients. Here is the order I prefer: 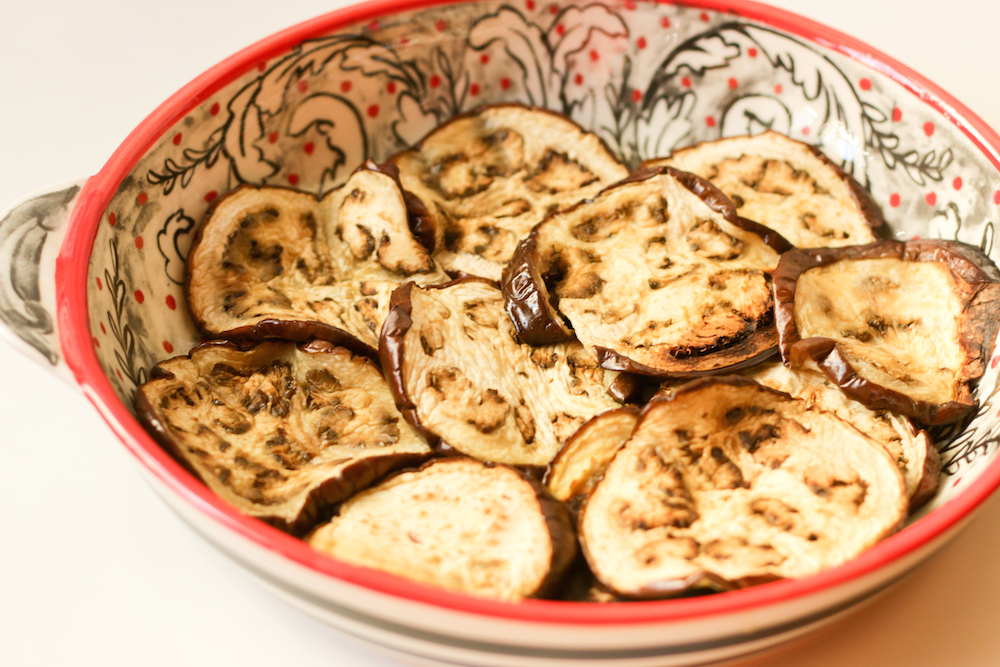 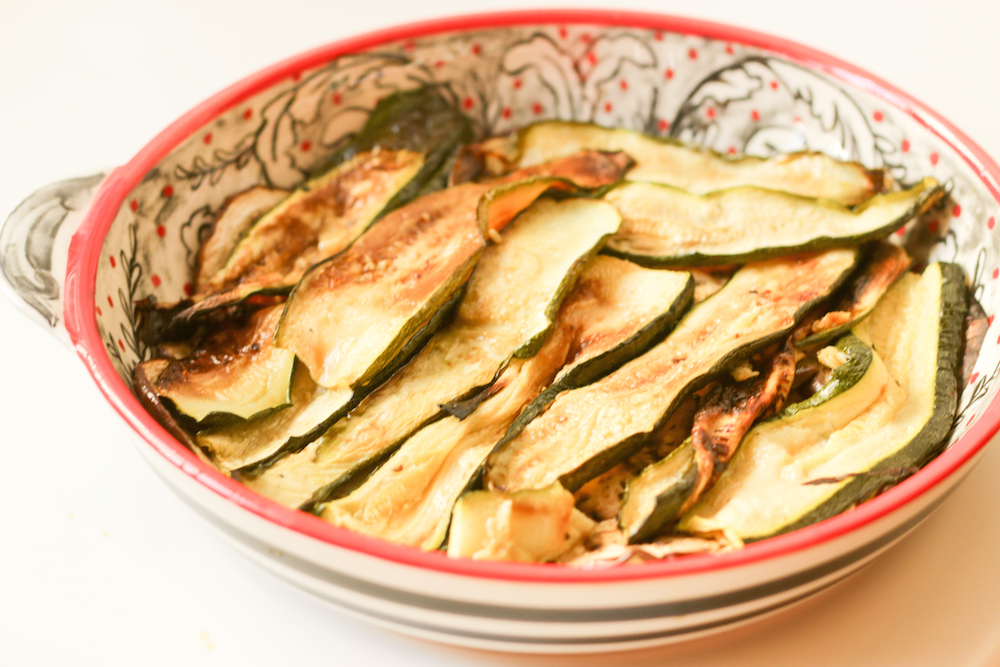 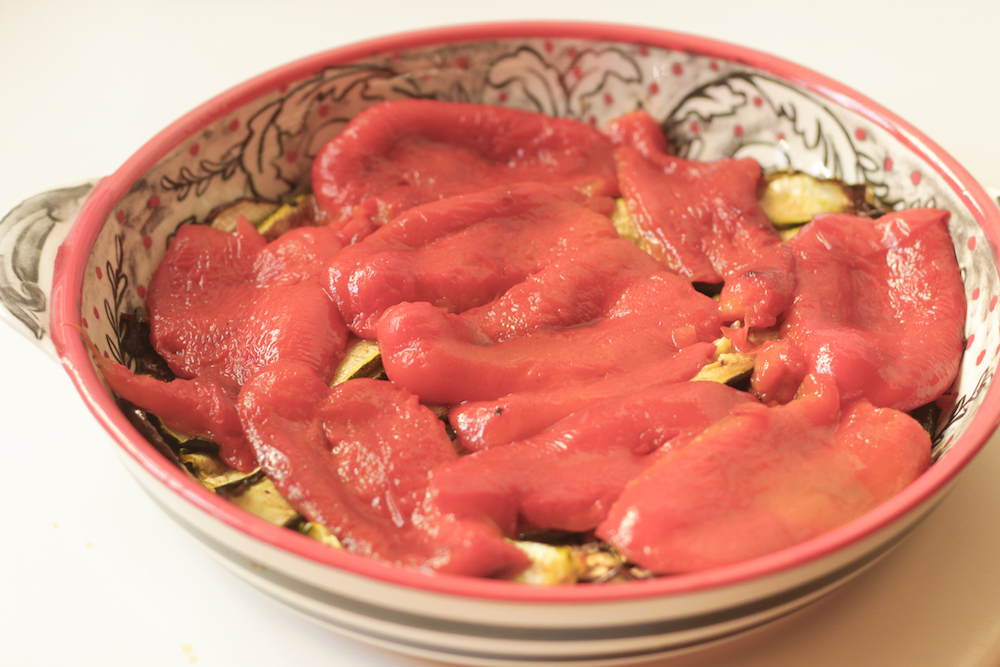 4. Caramelized onions, mushrooms and a smattering of goat cheese. 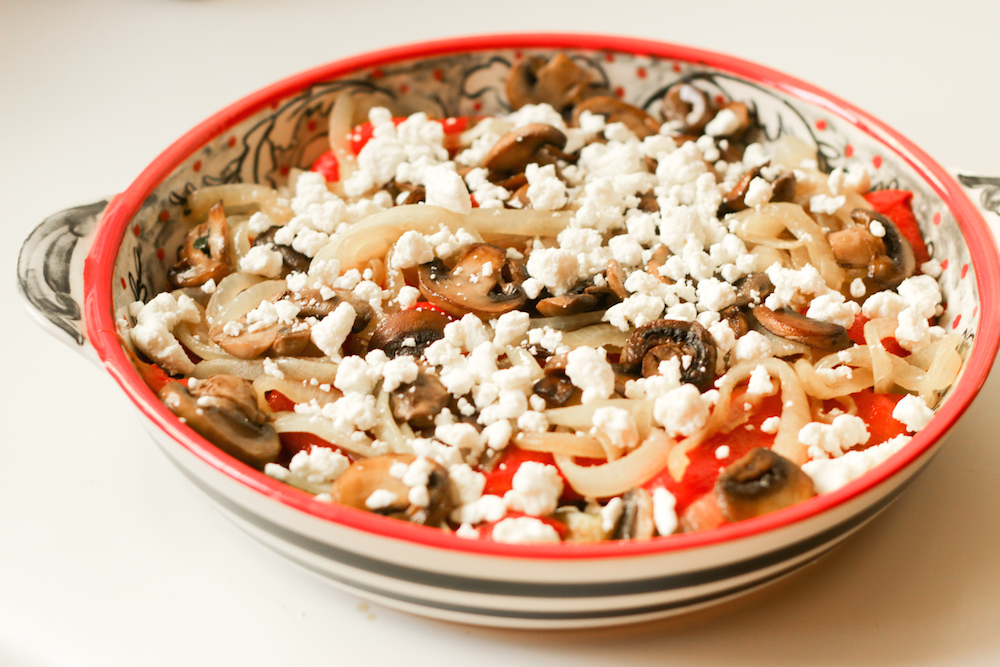 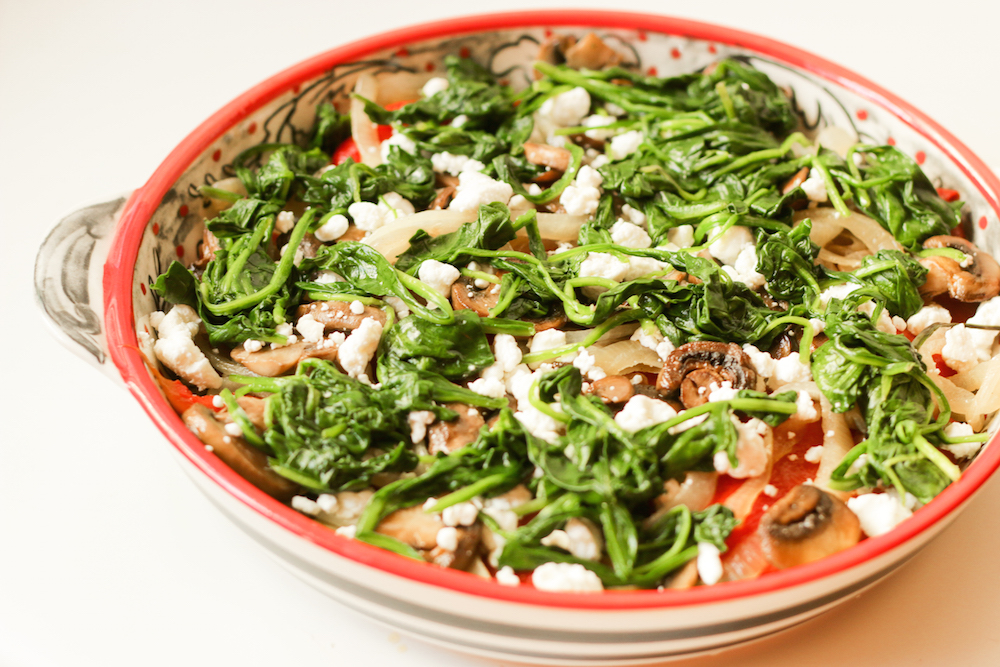 6. Layer sliced fresh tomatoes on top, then sprinkle with parsley. 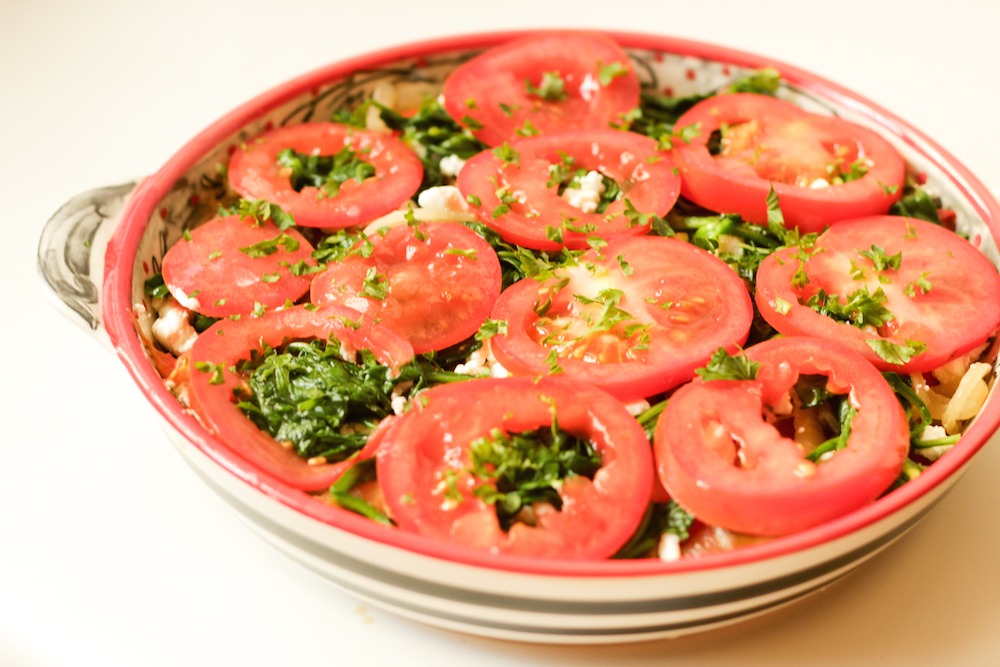 Reset the oven temperature to 350 degrees, and place the pie back into the oven. Let it bake for about 45 minutes to let all the flavors meld together and the vegetables to become one roasted delicious mass. Remove from the oven, let cool for just a few minutes and serve hot. 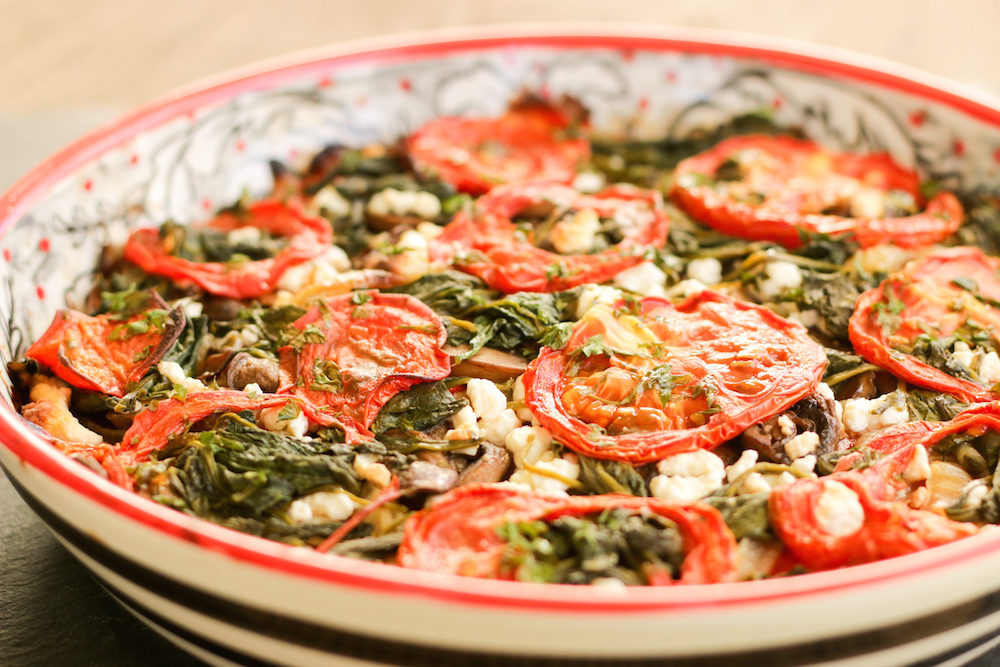 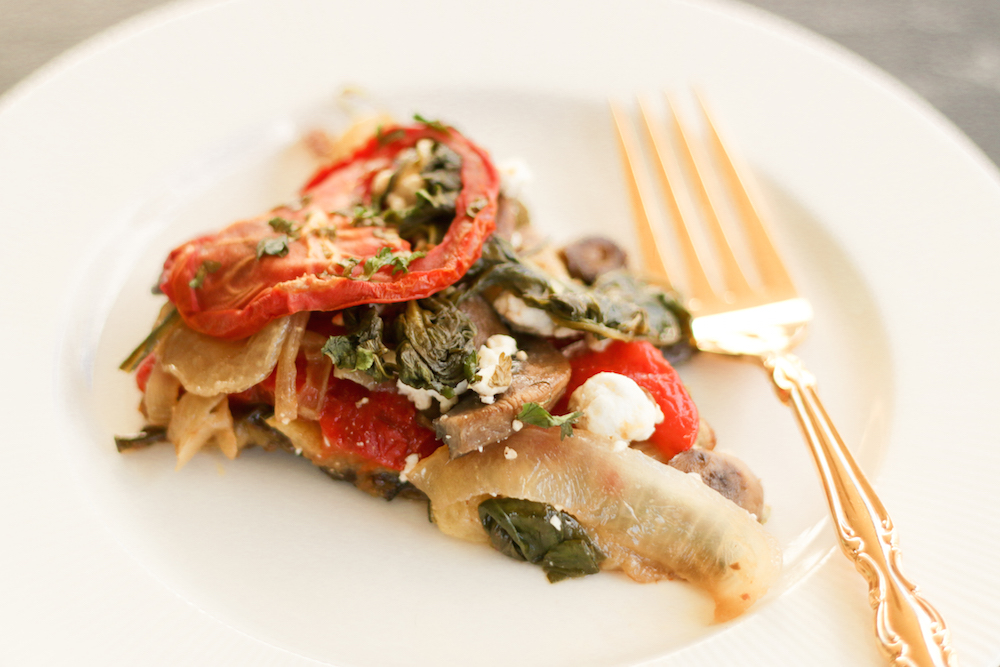