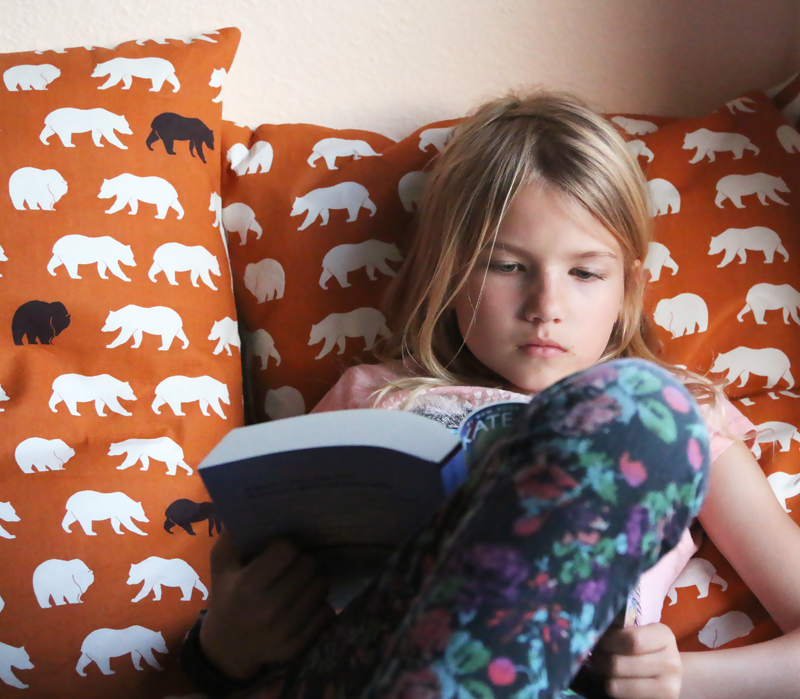 Here is the third chapter of The Best Middle Grade Books (here’s Chapter 1 and Chapter 2.) Yes, there are that many great stories for kids this age and their new found love of reading chapter books can be ravenous. We asked our favorite librarians, kids, and generally cool-ass moms for their picks and here are the results. There is so much great reading in your big kids’ future. 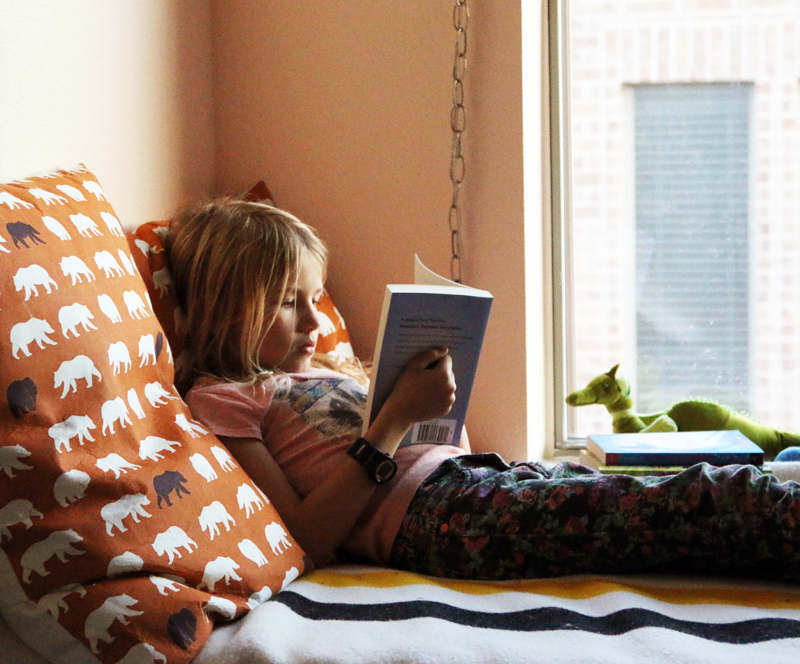 The Tail of Emily Windsnap by Liz Kessler

For as long as she can remember, twelve-year-old Emily Windsnap has lived on a boat. And, oddly enough, for just as long, her mother has seemed anxious to keep Emily away from the water. But when Mom finally agrees to let her take swimming lessons, Emily makes a startling discovery — about her own identity, the mysterious father she’s never met, and the thrilling possibilities and perils shimmering deep below the water’s surface.

The Marvels by Brian Selznick

In this magnificent reimagining of the form Brian Selznick originated, two stand-alone stories–the first in nearly 400 pages of continuous pictures, the second in prose–create a beguiling narrative puzzle. The journey begins at sea in 1766, with a boy named Billy Marvel. After surviving a shipwreck, he finds work in a London theatre. There, his family flourishes for generations as brilliant actors until 1900, when young Leontes Marvel is banished from the stage. Nearly a century later, runaway Joseph Jervis seeks refuge with an uncle in London. Albert Nightingale’s strange, beautiful house, with its mysterious portraits and ghostly presences, captivates Joseph and leads him on a search for clues about the house, his family, and the past.

Percy Jackson and the Olympians by Rick Riordan

“[A] riotously paced quest tale of heroism that questions the realities of our world, family, friendship and loyalty.” —Kirkus Reviews, starred review


NERDS combines all the excitement of international espionage with all the awkwardness of elementary school, and the results are hilarious. A group of unpopular fifth graders run a spy network from inside their school. With the help of cutting-edge science, they transform their nerdy qualities into incredible abilities! Their enemies? An array of James Bond–style villains, each with an evil plan more diabolical and more ridiculous than the last.

Goosebumps: Night of the Living Dummy by R.L. Stine

Discover the original bone-chilling adventures that made Goosebumps one of the bestselling children’s book series of all time! Discover the fan-favorite thriller and chiller that first introduced the world to the wooden face of fear. The puppet who pulls all the strings. None other than Slappy the Dummy!

Diva and Flea by Mo Willems

I Survived the Sinking of the Titanic, 1912 by Lauren Tarshis


The most terrifying events in history are brought vividly to life in this fictional series. In book 1, George Calder can’t believe his luck — he and his little sister, Phoebe, are on the famous Titanic, crossing the ocean with their Aunt Daisy. The ship is full of exciting places to explore, but when George ventures into the first class storage cabin, a terrible boom shakes the entire boat. Suddenly, water is everywhere, and George’s life changes forever.

Sidekicks by Dan Santat is a school favorite.

In this bold and brilliant graphic novel romp, Captain Amazing, superhero and savior of Metro City, is getting old. He’s out all hours battling arch-villains, catching thieves, and helping little old ladies cross the street. He doesn’t even have time for his house full of pets. He needs – a SIDEKICK! Captain Amazing’s four pets agree. But each one of them thinks HE should get the sidekick spot – and a chance for one-on-one time with the Captain. Get ready for sibling rivalry royale as pets with superpowers duke it out for the one thing they all want – a super family.

The Graveyard Book by Neil Gaiman

In this Newbery Medal-winning novel, Bod is an unusual boy who inhabits an unusual place—he’s the only living resident of a graveyard. Raised from infancy by the ghosts, werewolves, and other cemetery denizens, Bod has learned the antiquated customs of his guardians’ time as well as their ghostly teachings—such as the ability to Fade so mere mortals cannot see him.

The Tale of Despereaux: Being the Story of a Mouse, a Princess, Some Soup, and a Spool of Thread by Kate DiCamillo

Welcome to the story of Despereaux Tilling, a mouse who is in love with music, stories, and a princess named Pea. It is also the story of a rat called Roscuro, who lives in the darkness and covets a world filled with light. And it is the story of Miggery Sow, a slow-witted serving girl who harbors a simple, impossible wish. These three characters are about to embark on a journey that will lead them down into a horrible dungeon, up into a glittering castle, and, ultimately, into each other’s lives. What happens then? As Kate DiCamillo would say: Reader, it is your destiny to find out. 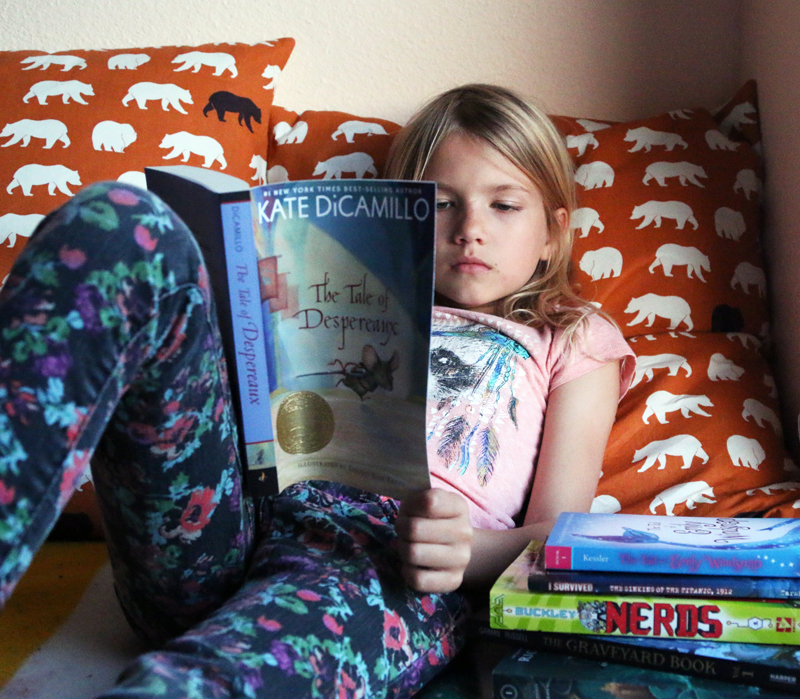