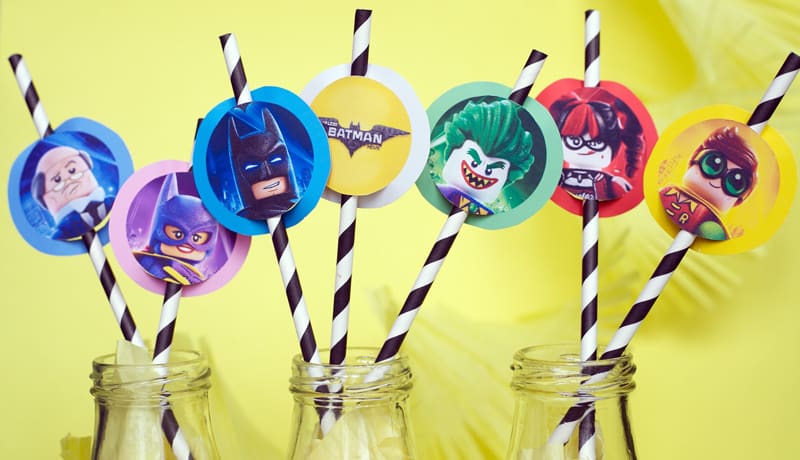 Ok, so Warner Bros. Pictures basically made my dreams come true by asking us to come up with a fun party craft for The LEGO Batman Movie, which is in theaters February 10. #careergoals. I wanted to create ALL THE CRAFTS but I settled on this easy and colorful Straw Toppers Printable which you can download below. 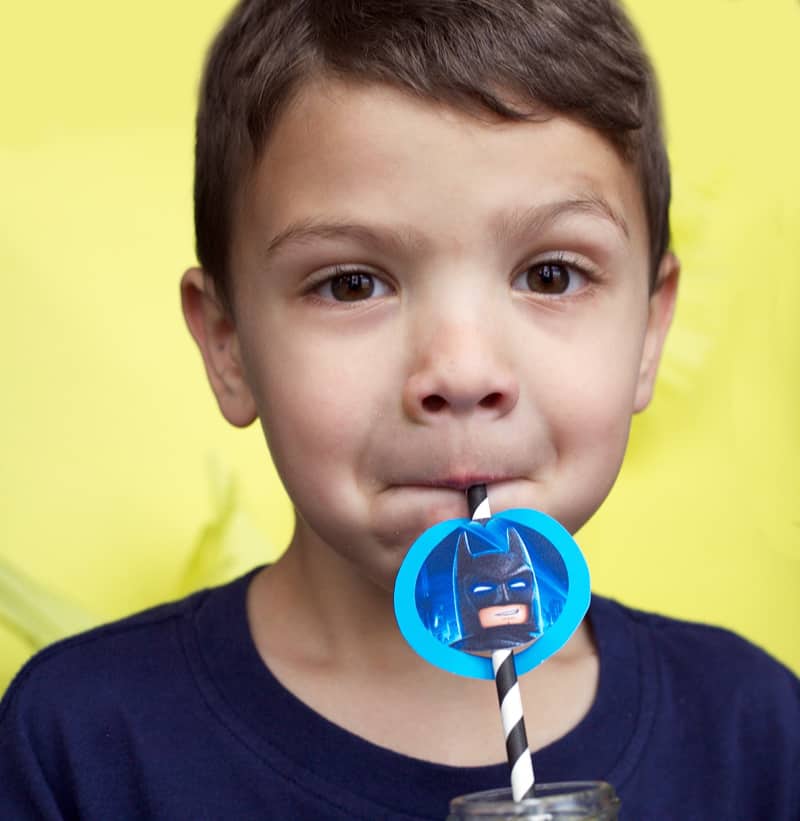 I have a feeling that we will be in the theater on opening night with popcorn and drinks in hand. We might even bring our own straw toppers along and totally geek out on all of the goodness that is LEGO … and Batman … and LEGO Batman. You saw The LEGO Movie, right? This one is by the same team and if the trailers are any indication, it is going to be amazing. Check it out… 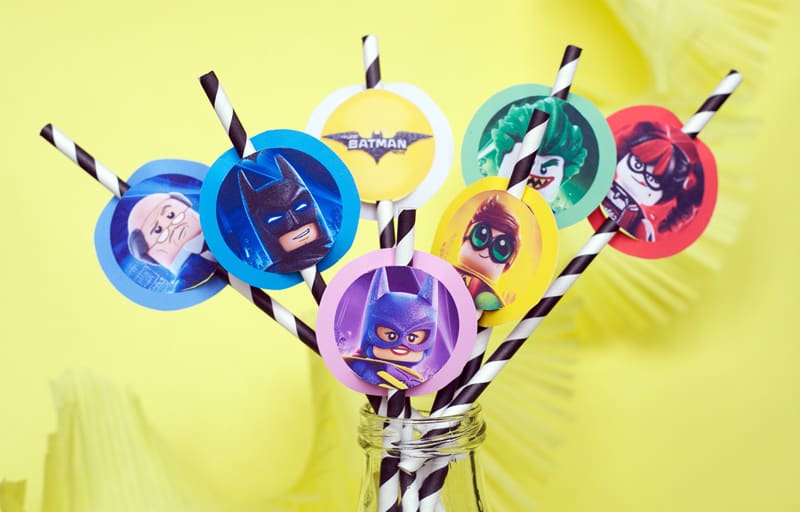 Read on for the free Straw Topper Template and our simple directions, plus more about The LEGO Batman Movie.

Click on the PDF image below or this link, The LEGO Batman Movie Party Straw Toppers Printable. for the high-res file 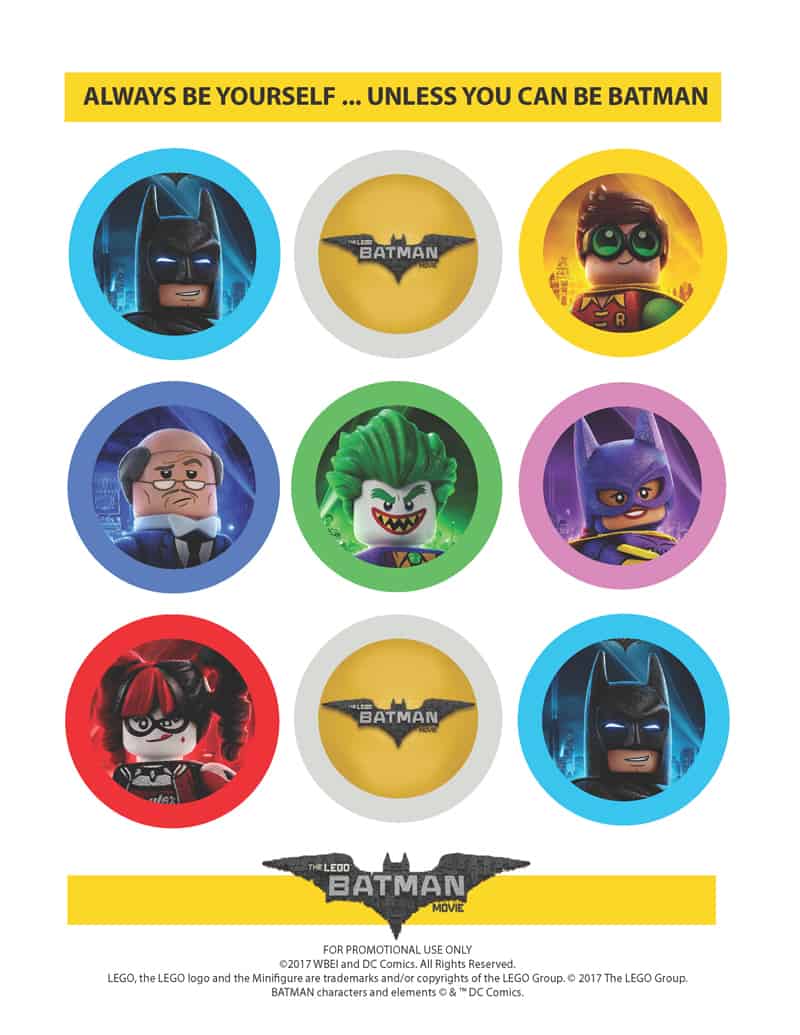 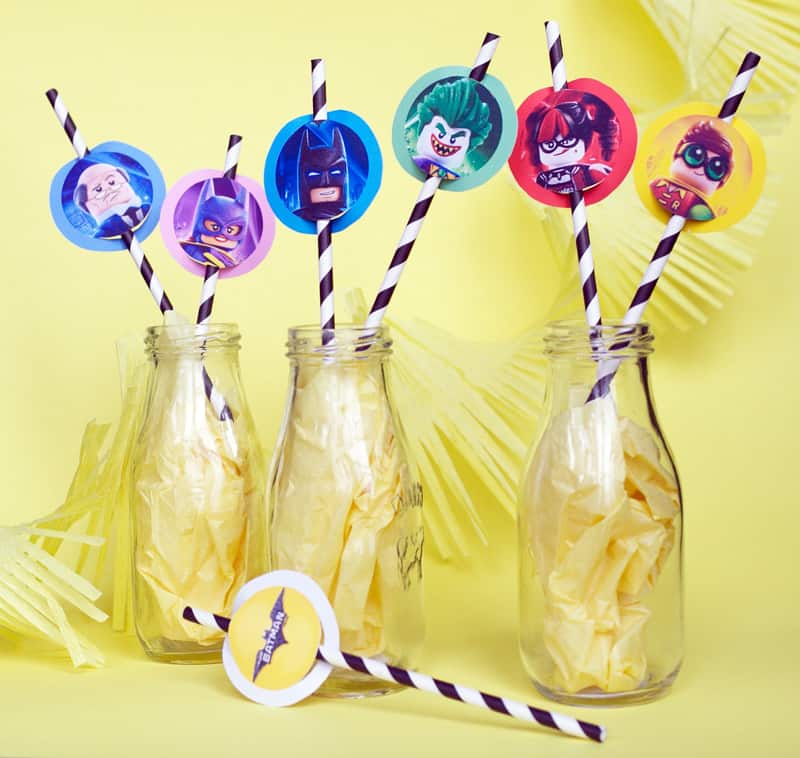 Once you have printed your page on high quality 8.5″ x 11″ paper, cut the circles with scissors, an X-acto knife, or a circular punch. Cut a slit at the top and bottom of the image on each circle, and slide the straw in as shown. 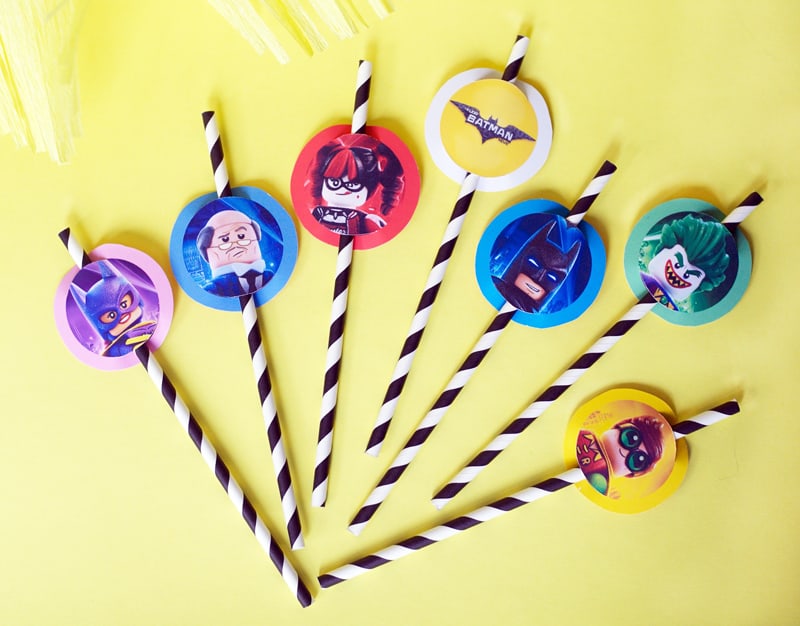 Everyone can pick their favorite character! 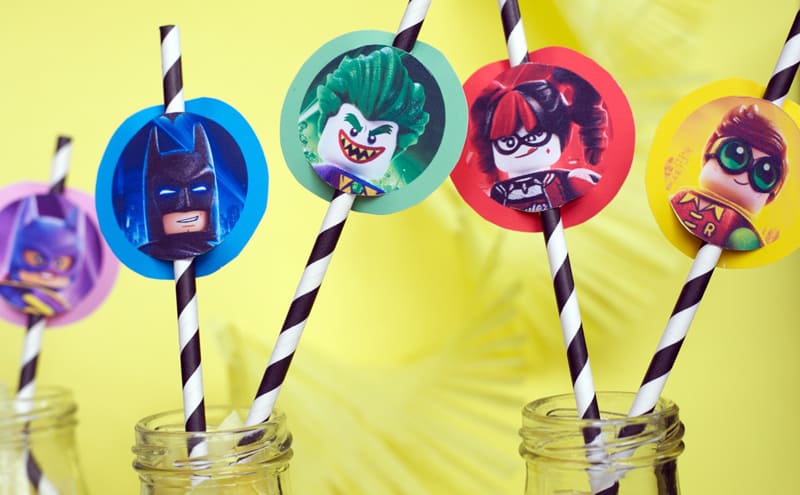 And we hope that you enjoy the show! 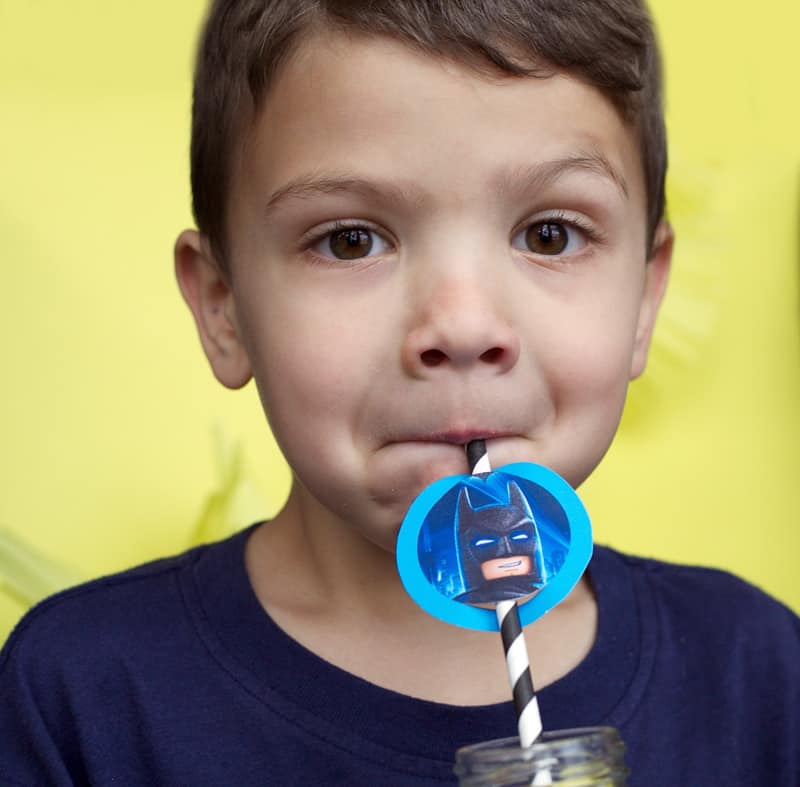 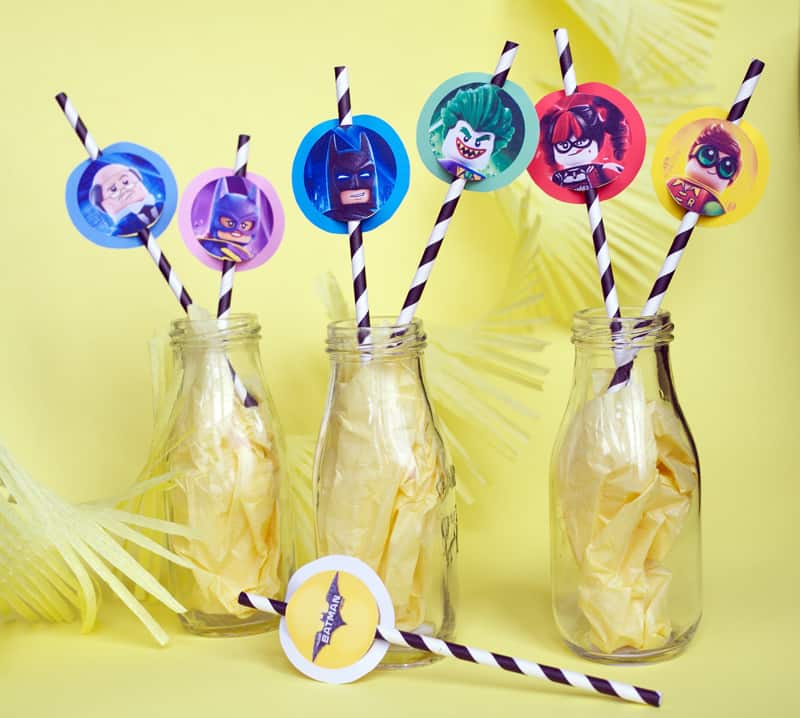 The LEGO Batman Movie – In Theaters February 10
In the irreverent spirit of fun that made “The LEGO® Movie” a worldwide phenomenon, the self-described leading man of that ensemble – LEGO Batman – stars in his own big-screen adventure. But there are big changes brewing in Gotham, and if he wants to save the city from The Joker’s hostile takeover, Batman may have to drop the lone vigilante thing, try to work with others and maybe, just maybe, learn to lighten up.

Will Arnett reprises his starring role from “The LEGO Movie” as the voice of LEGO Batman, aka Bruce Wayne. Zach Galifianakis (“Muppets Most Wanted,” the “Hangover” films) stars as The Joker; Michael Cera (TV’s “Arrested Development”) as the orphan Dick Grayson; Rosario Dawson (TV’s “Daredevil”) as Barbara Gordon; and Ralph Fiennes (the “Harry Potter” films) as Alfred.