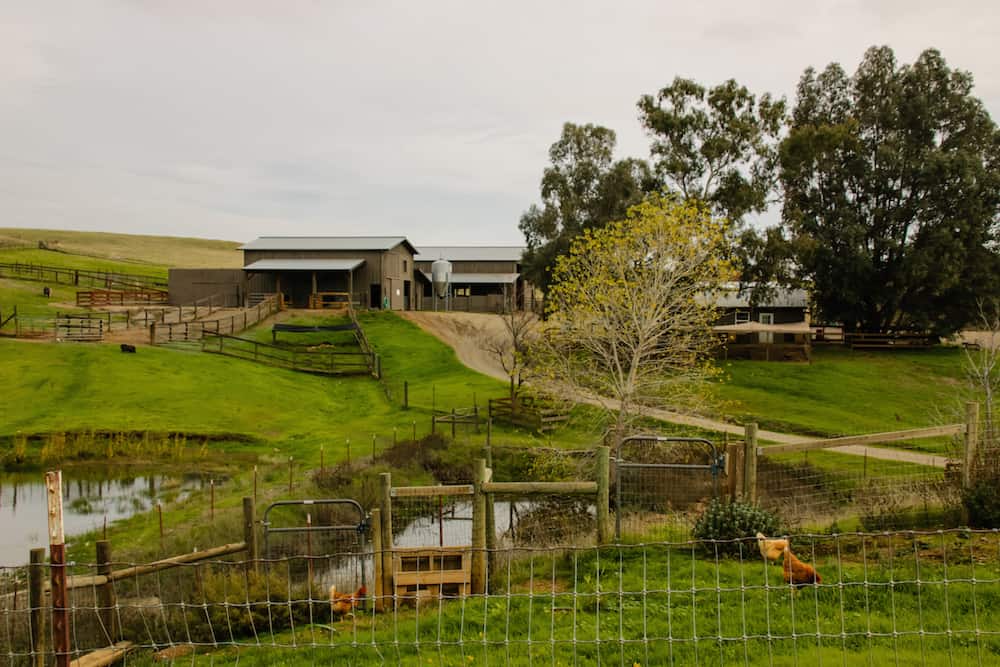 If you follow us on Facebook or Instagram, then you may have heard the tragic tale of the prudent chickens. We had our seven chickens for about three years. We loved them. We got two of them as pullets, hatched one of them ourselves, and got the other four as baby chicks in the mail. You can see our life with them at the #prudentchickens hashtag. It was filled with strawberries, eggs, and lazy days in the grass. It was good. 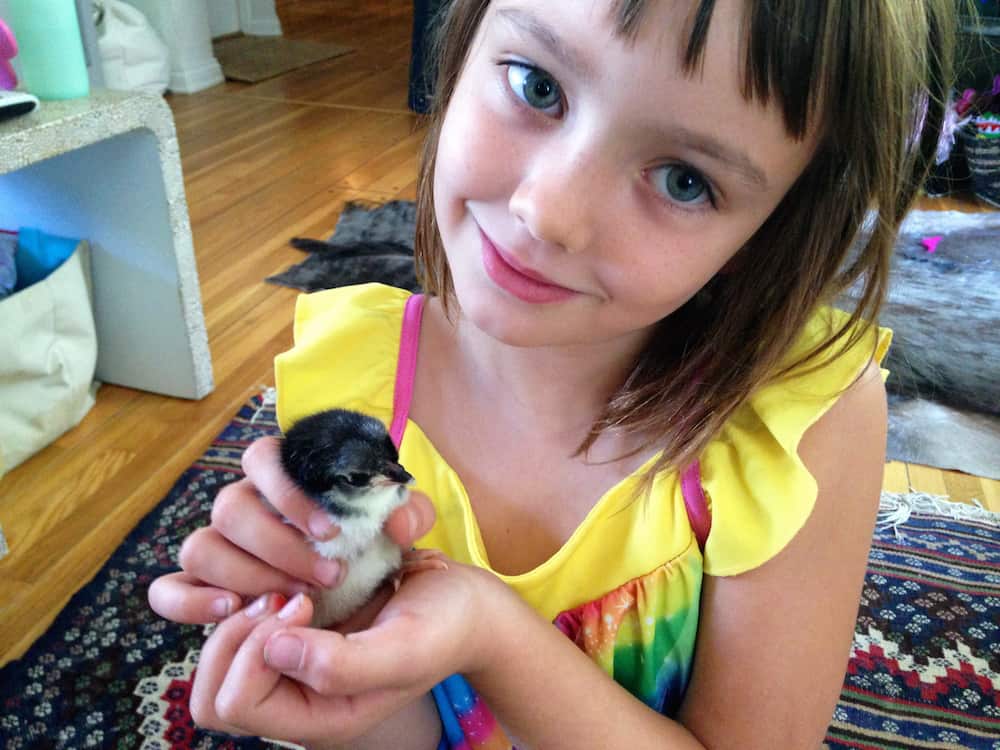 We adored our feathered friends. When we moved to our new house, they were freaking out at night, so much squawking and shuffling. We thought maybe it was because they were in a new place. We were wrong. We awoke one morning a few weeks after moving in to two brutally murdered pets torn apart on our deck. We aren’t sure what animal did this, but there have been coyote sightings in the neighborhood. We definitely have a possum problem, as our gardeners found two dead possum corpses in our yard recently. Regardless, we had to accept that we couldn’t keep the chickens safe in our new neighborhood, which is closer to the mountains and more rich in wild animals then our previous home. 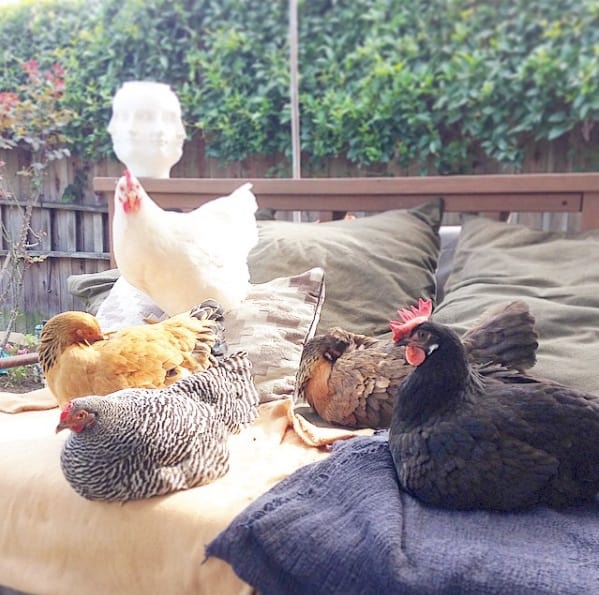 So, on that fateful morning, we talked to Scarlet (who luckily did not see the gory bloodbath) about what we should do. We knew that if we didn’t find a new home for the five remaining chickens, that whatever animal had killed the first two would be back, and probably that very night. Scarlet was emotional, but knew that the best thing would be to find a new home for them. So as I drove her to school, knowing she would probably not see them again, she asked me for only one thing: “Mom, whatever you do, please don’t tell me that you sent them to a farm upstate. I saw it on a TV show and I know that’s just a thing parents tell their children when their pets are dead.” I assured her I would not tell her such a lie. 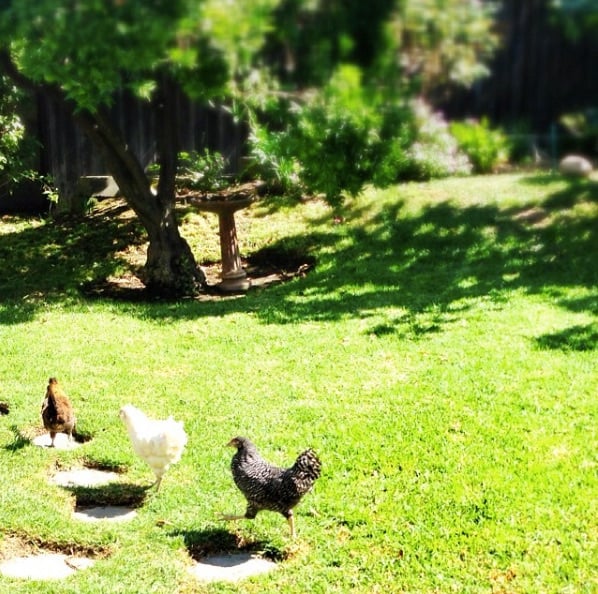 So, I dropped her at school, cried some of my own tears, and got on the phone. I called the humane society, I called local feed stores, I posted on chicken message boards, and I waited for replies. The local LA animal shelter said they would take our chickens, but could not guarantee they would be adopted (we do live in Los Angeles after all, not a lot of chicken owners here). The chicken groups all offered to reach out to their friends, but most people who want chickens around here already have them, and introducing a new flock is a fraught situation, as anyone who has ever owned chickens would understand. Then, when I had just about given up hope and was picturing another night of nerves and morning of blood and gore, I got a return call. 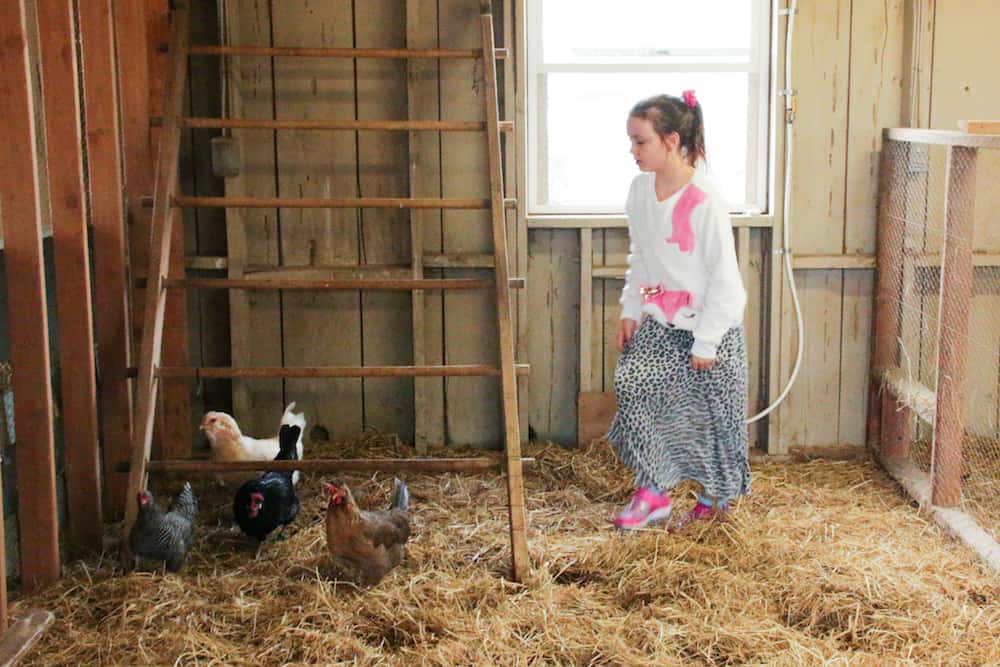 That call came from an organization called Farm Sanctuary. This is a national charity that rescues farm animals. They have a small farm in Acton, CA about an hour or two from my house. They said I could bring my girls there right away. I packed them up in a dog crate, put them in my trunk, and hit the road. The only catch? Their Acton farm was full, and the birds would be transferred to their bigger farm… upstate.

This sounded perfect to me! And it was, I am so grateful for this organization. The real problem? Explaning to Scarlet that I sent her pets to a farm upstate and I WAS TELLING THE TRUTH. She believed me, but I know in her heart she wasn’t sure. 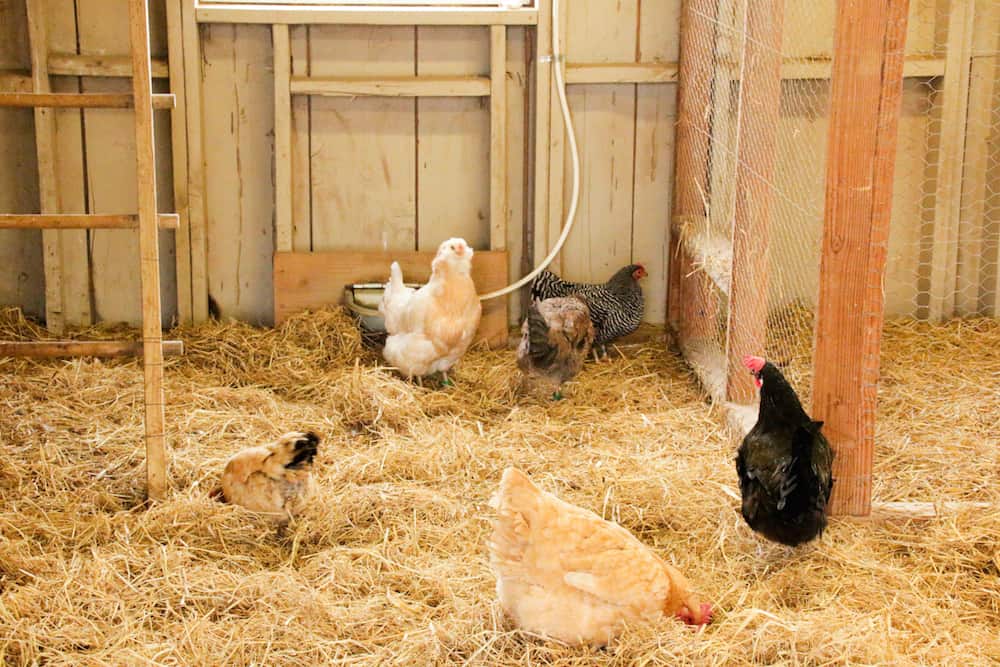 Well, the amazing women at Farm Sanctuary not only rescued our hens from certain death, they also helped prove to my daughter that I am an honest woman. This Thanksgiving week we drove up to visit our family in the Sacramento area, and took a day to drive the couple hours North to the Farm Sanctuary in Orland, CA to visit our sweet birds. What a magical place it is!

All five of them were there, happy and thriving, in a magical, beautiful hen house on acres of rolling hills that is really a chicken’s dream come true. I could never have made them such a beautiful home. They will live out their lives as a flock with everything they need. They even got to keep their names. So Queen Singalong Ice Cream, Pippi, Fluffy, Marble, and Zebra are living the good life (R.I.P. Love Traveler and Lemon). 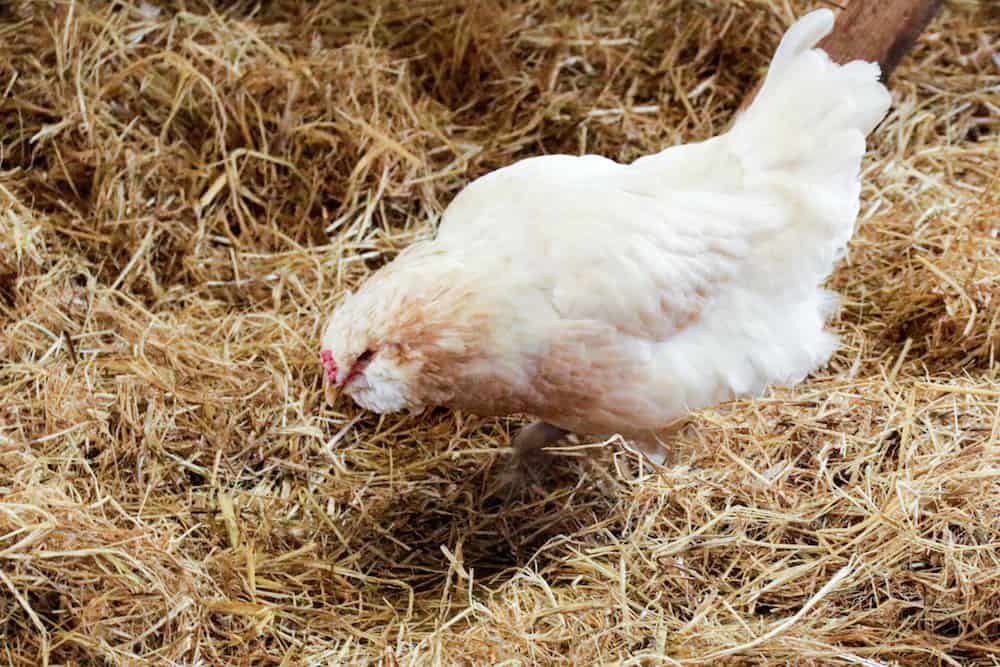 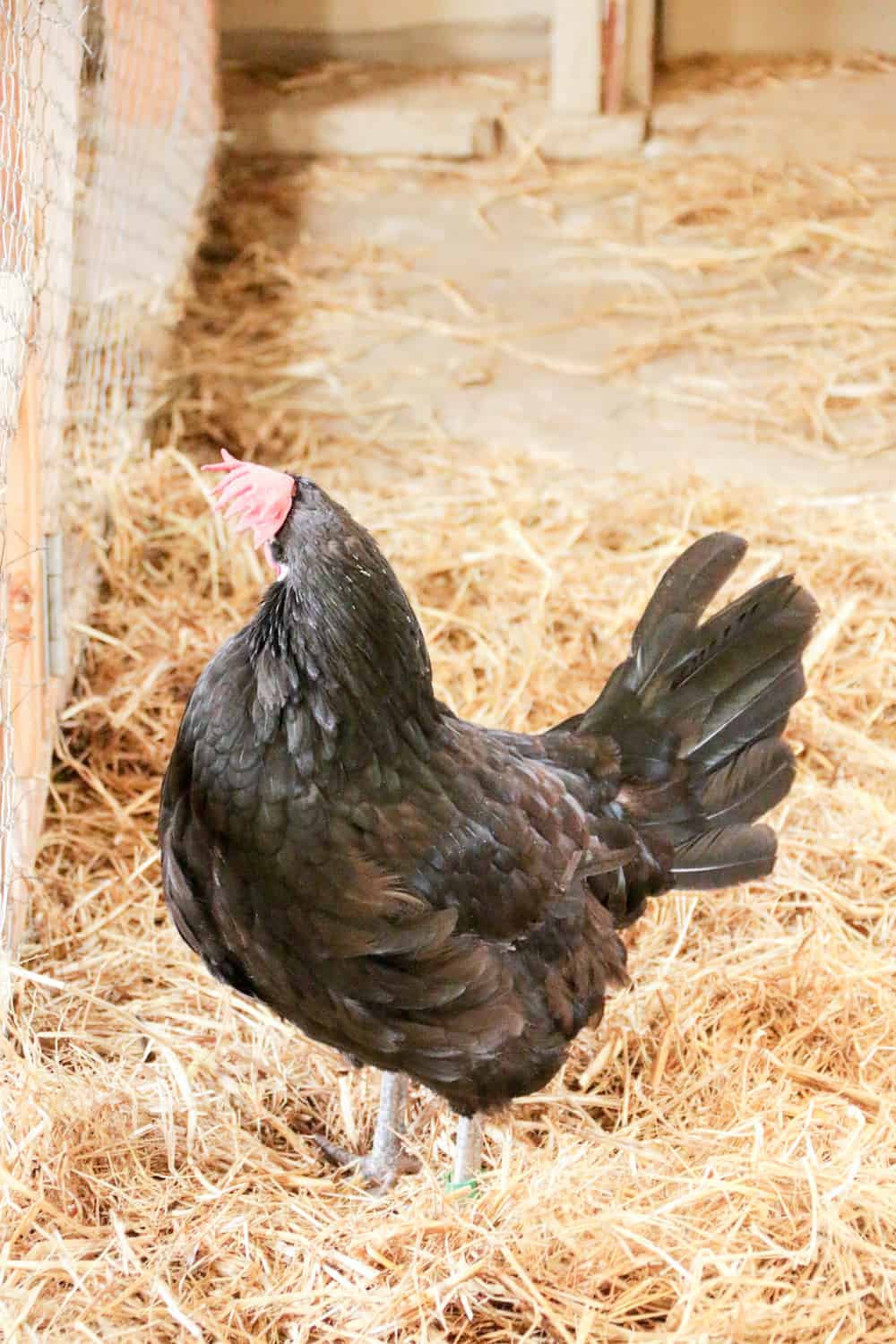 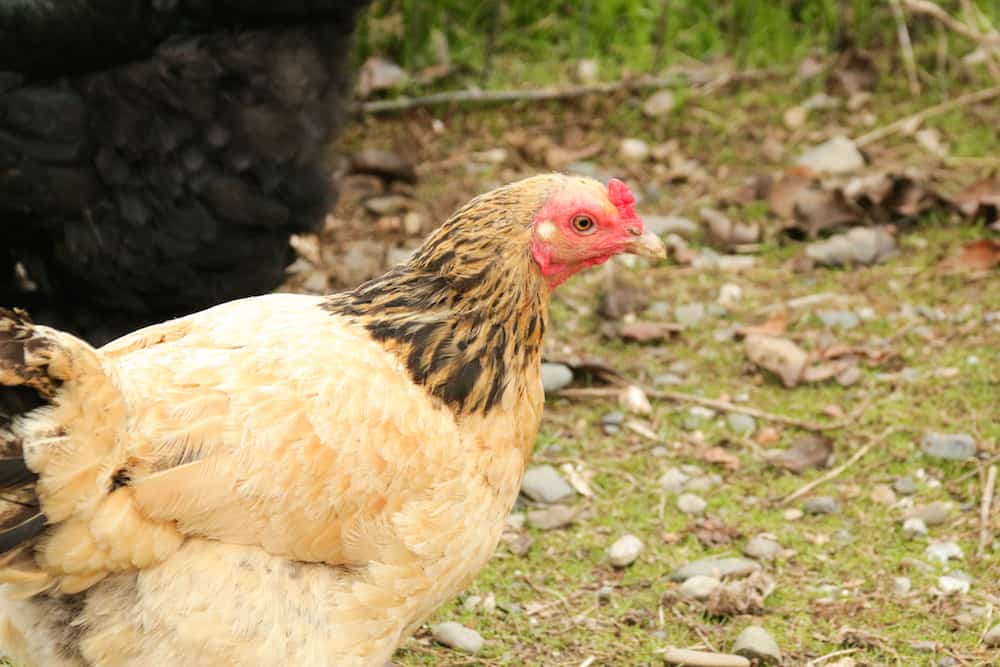 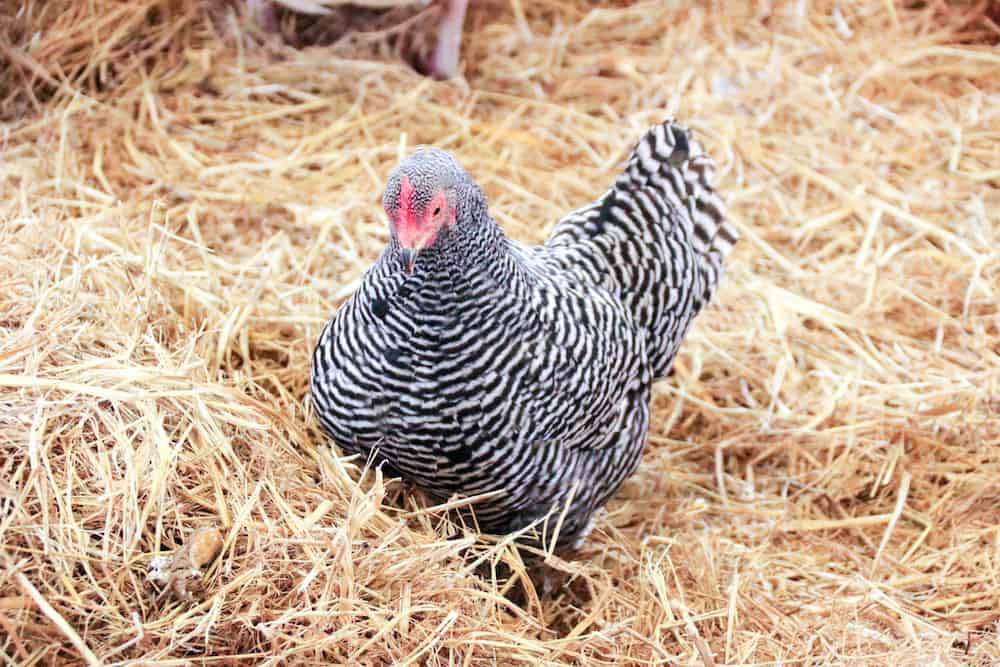 The farmers at the sanctuary know the name of every animal there. And we are talking a flock of 30 white ducks, each with their own name and personality. Along with cows, 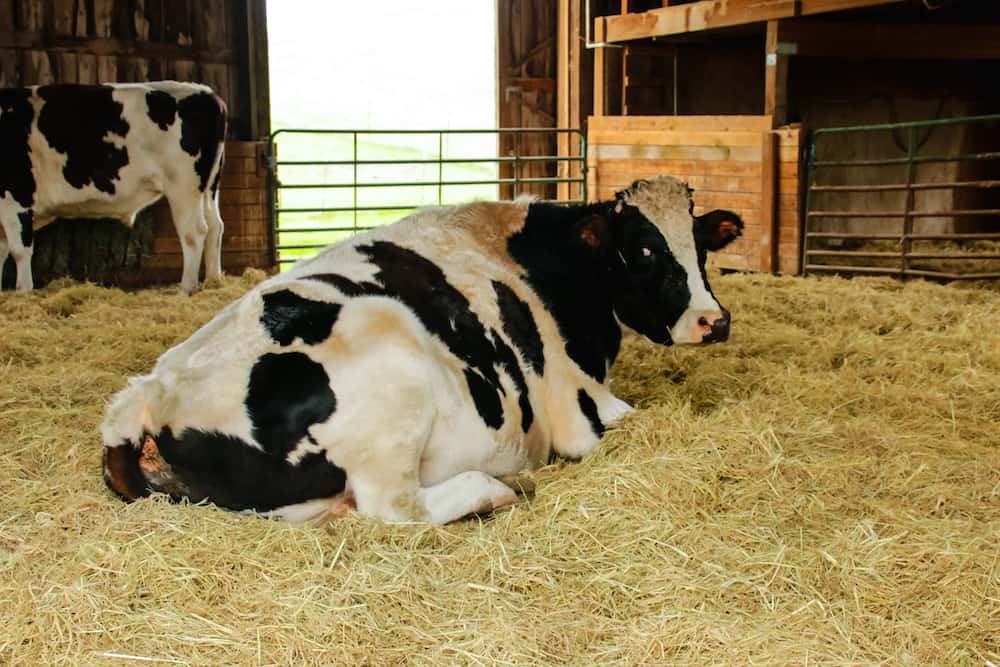 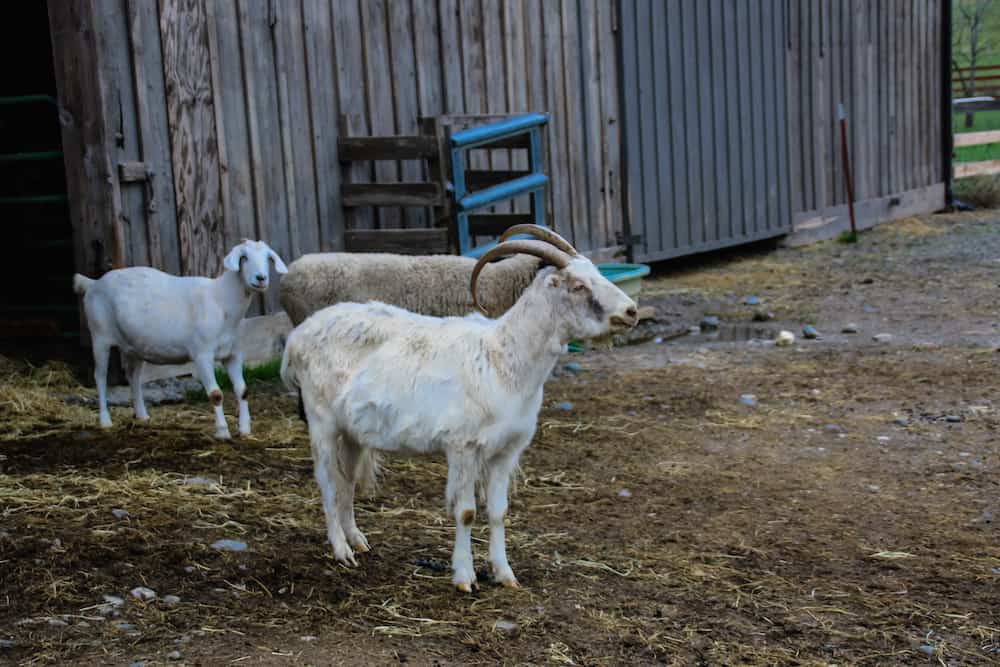 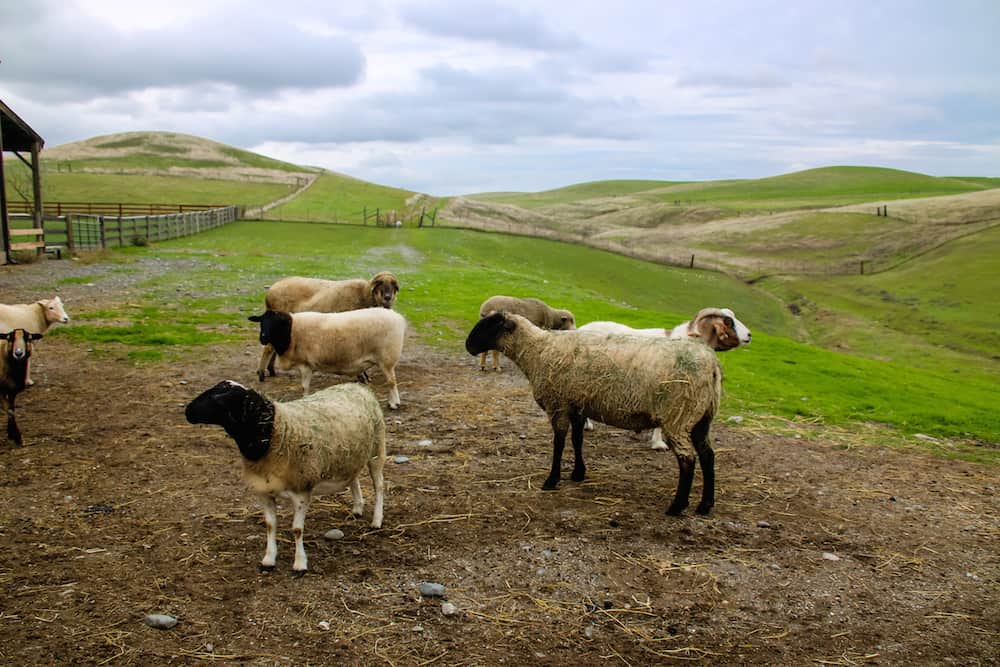 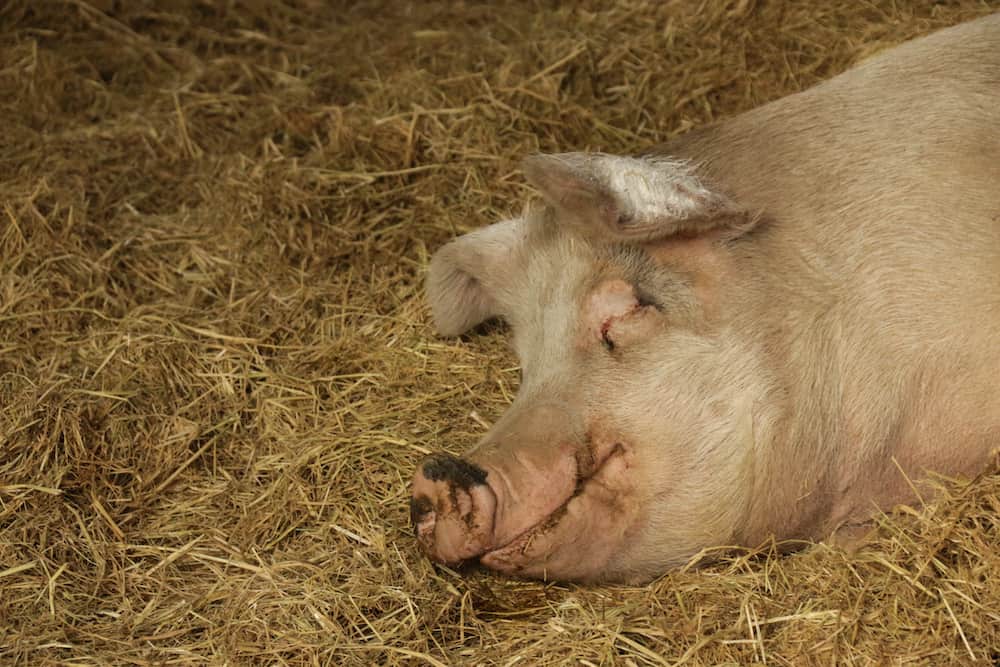 and their favorite, turkeys (After meeting their turkeys, I can say I have a new appreciation for this animal. They were like puppies, running over for pets and kisses). 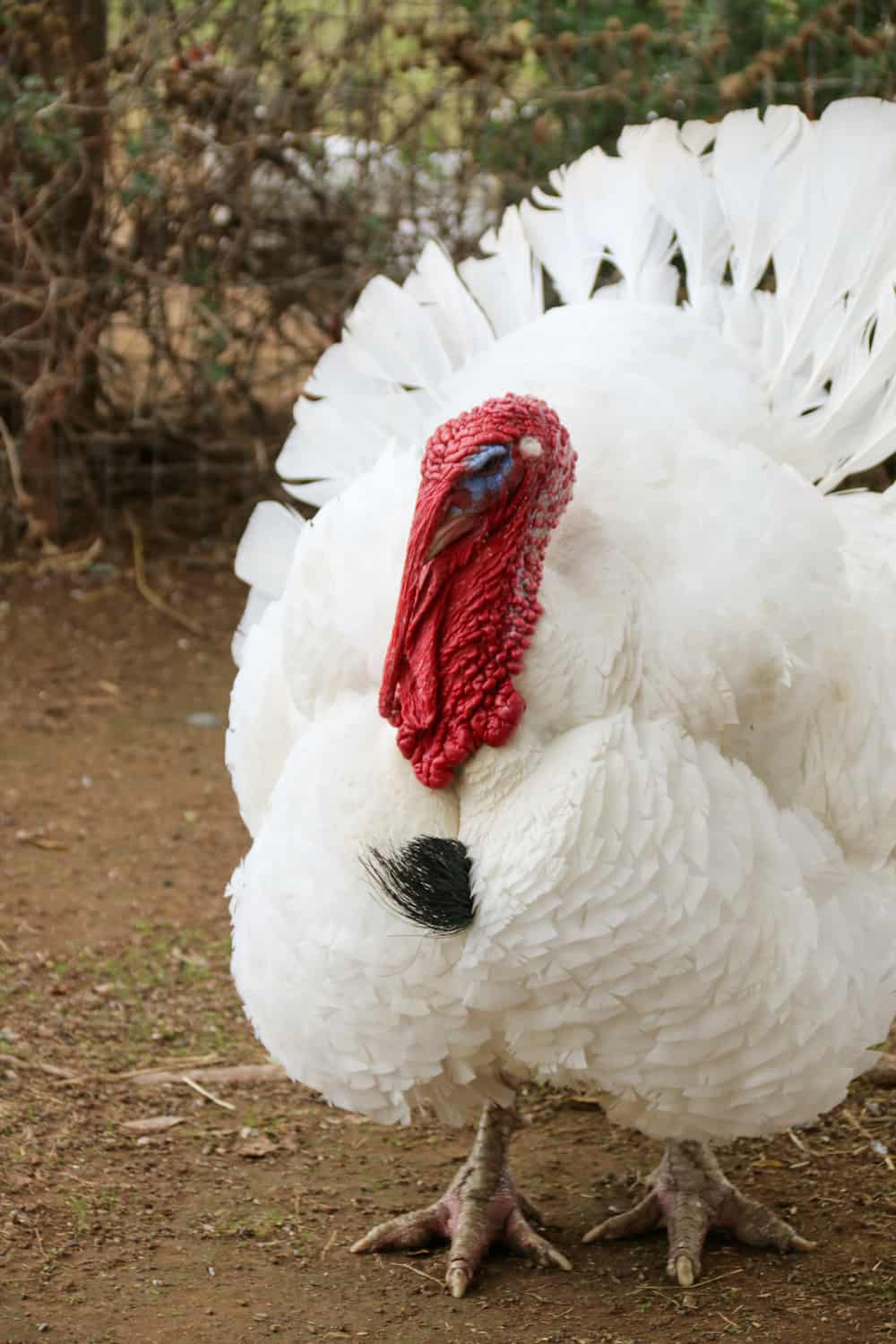 Thank you so much Farm Sanctuary for giving our girls the home they deserve that we couldn’t provide. And thank you for allowing my daughter and I to visit them. They couldn’t be happier, and neither could we. 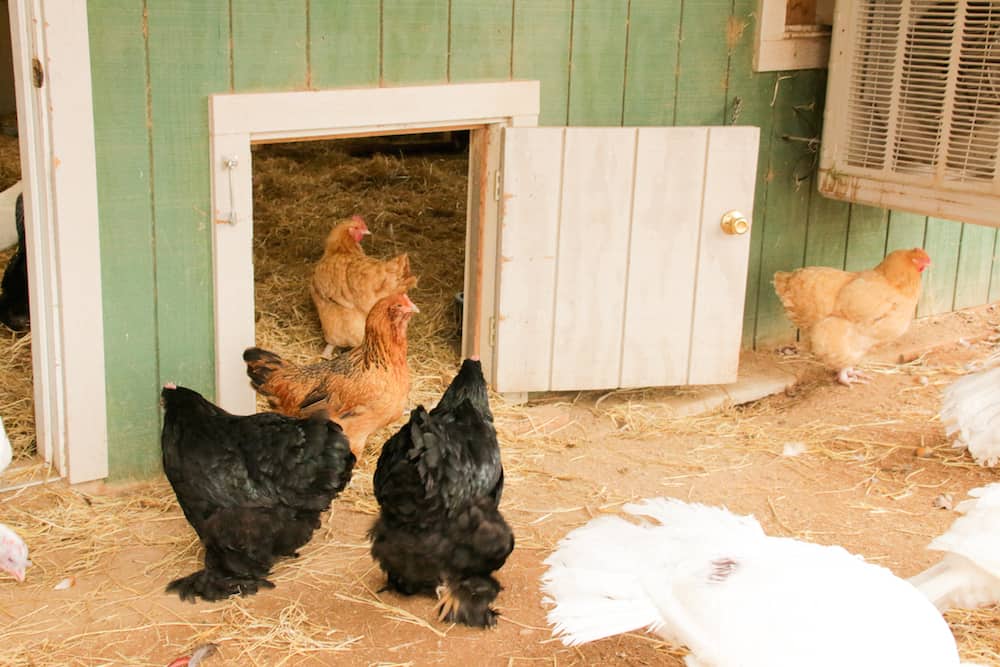 I donated to Farm Sanctuary. If this story touches your heart, I hope you will too. Learn how to donate to their efforts here: FarmSanctuary.org, and how to tour a farm near you here.

What a cool place! I’m glad you found a place for them.

Nice to hear that this story had a happy ending … great post!

I just wish to have a peaceful life at home growing chickens and vegetables to serve my family. Thank you for sharing information.

The story you shared is very good. with many interesting details. I enjoyed reading this article.

I really like this place. an ideal place for you to experience.